Anthony’s talents on court, field recognized ahead of Sports Hall of Fame induction 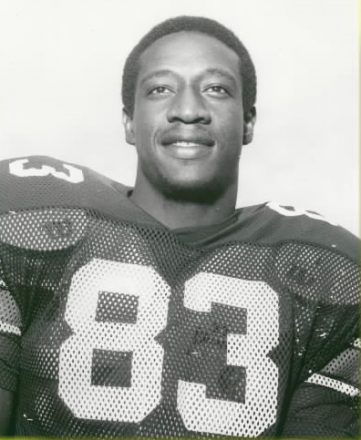 Benny Anthony will be inducted into the Decatur County Sports Hall of Fame on Saturday, March 2nd at 6:00pm at the Bainbridge Country Club.

Anthony was born and raised in Bainbridge. He graduated from Bainbridge High School. He was a star both on the Bearcat basketball team, as well as the football team. His phenomenal athleticism and 6’ 7” frame enabled him to standout both on the court and on the football field.

In 1982 he was offered a contract to play for Porirua and coach basketball in New Zealand. At that time basketball in New Zealand was in its early stages, and he along with other Americans, was able to help the game develop throughout the country. That year was successful but in 1983 Benny returned to Auckland where he played for many years. Overall, he played 18 seasons in New Zealand and two seasons in Hong Kong. Since his playing days he has coached for his Northside Basketball Club and has developed a number of young players throughout the city, including his son.  He coached the Super City Rangers and played for the Northland Suns during the 1990’s. Some of his outstanding achievements include: Most Outstanding Forward for the New Zealand Basketball National League in 1983; All-Star Five; NBL Championship in 1983; MVP in 1983; Most Outstanding Forward in 1984; and NBL Finalist in 1985 and 1989.

During a visit to Bainbridge in 2012 Post Searchlight Sport Reporter, Joe Crine, interviewed him as he recalled some of his fondest memories at BHS.  Anthony said, “We had an outstanding basketball season under coach Bess in 1975. I was a junior and was playing in the front court with two outstanding senior forwards, Jack Washington, who went on to play at Georgia Tech, and Ike Hamilton. We were undefeated up until the state semifinals when we played well but lost a heart breaker to Douglas High School of Atlanta. The winning shot was hit by Douglas guard Keith Frazier, brother of the New York Knicks All-Pro guard Walt Frazier. Coach Bess taught me a lot of lessons that I was able to use in later years. We had several strong seasons under Coach Bess. He was an outstanding coach and a real disciplinarian. I remember Coach Bess being by my side when the Auburn basketball Coach Bob Davis came to sign me to a basketball scholarship. I played under him and head football Coach Doug Barfield at Auburn. After college I tried out as a tight end with the National Football League’s Seattle Seahawks, I made it through training camp and to the final cut. I then played a little in the Continental Basketball Association before going to New Zealand, where my son B. J. plays professional basketball.” Anthony resides in New Zealand today.

Tickets for the induction to the Sports Hall of Fame are $20 each and can be purchased at Grimsley Pharmacy and Parker Paint.