UGA ag forecast briefs local farmers on where industry has been, where it’s going 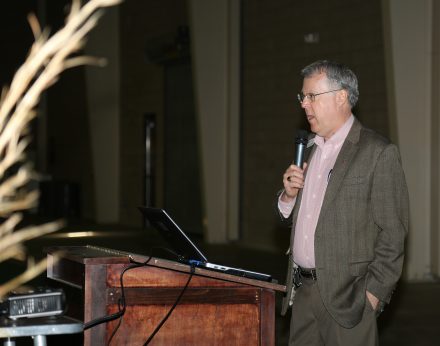 The University of Georgia College of Agricultural and Environmental Sciences presented a 2019 ag forecast to regional agricultural professionals Thursday at the Cloud Livestock Facility.

Some ag snapshots were provided that shaped a picture of Georgia’s leading industry as it stands going into the new year. Information from the 2017 Georgia Farm Gate Value Report showed the total value of all the food and fiber production is  $13.6 billion to the Georgia state economy.

Decatur County is one of 16 counties in Georgia whose value is estimated at more than $200,000.

But beyond these values, these commodities form a foundation for Georgia’s diverse agricultural supply chain, providing key resources to many sectors and adding value within the economy.

Food and fiber production, plus directly related processing and indirect sectors contributes $73.4 billion to the Georgia economy and has created 391,300 jobs.

By group, commodities such as poultry and eggs lead the industry at 38.9 percent of total commodities produced, a $4.3 billion contribution by itself. Row and forage crops make up 18.7 percent, followed by livestock an aquaculture at 10.5 percent and vegetables at 8.4 percent.

There are positives to focus on, too.

“Back in 1970, one-third of every person on this planet was chronically malnourished,” said Pardue in his keynote speech. “Hunger was rampant. One out of three. Today, what we have done through innovation and creativity and a lot of hard work is addressed many of the hunger needs in our world. Today, only around 11 percent of our human population suffers from chron-ic malnutrition.”

Pardue pointed to American farmers as the key for lowering the hunger in the world.