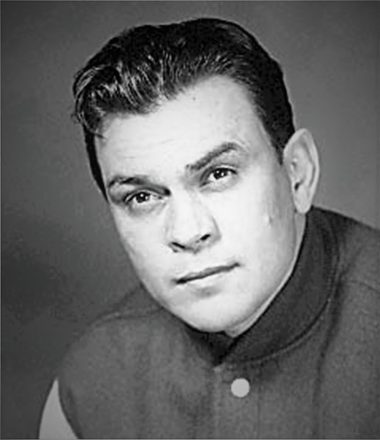 Four outstanding Decatur County sports figures will be inducted into the Decatur County Sports Hall of Fame at 6:00pm on Saturday, March 2nd, at the Bainbridge Country Club. The 2018 inductees are Benny Anthony, the late, James “Bubber” Nisbet, Sonny Smart, and Russell Smith.

Inductee Benny Anthony, nicknamed “Horse,” was one of the most outstanding two-sport athletes in Bainbridge High School history. Benny was an All-State power forward on the late Charles Bess’ basketball team and an All-State tight end for the late Coach Prescott Forsyth’s football team in 1976. He played both college basketball and football for Auburn University. After college Anthony played professional basketball and coached in New Zealand where he still lives today.

Inductee James “Bubber” Nisbet played halfback and full back for the Bearcats in the 1930’s. He led Bainbridge to their first undisputed conference championship in 1931. He later played football for the University of Alabama where he captained the 1936 “Undefeated” team. He was named All-American in 1936.  Nisbet was the head football coach for Bainbridge High School in 1946-47. He then became an assistant coach and head recruiter for Coach Bear Bryant at Alabama.

Inductee Sonny Smart is well known to Decatur Countians. He was the defensive coordinator for the Bearcats’ 1982 State Class AAA State Champions. He later became the head football coach and athletic director for BHS in 1988. Under his leadership the football program advanced to the region playoffs in 1990, 1993, and 1994. Coach Smart led Bainbridge football to the Region 1-AAAA Championship and to the state semi-finals in 1993. He was named Region Coach of the Year and Athletic Director of the Year. Smart’s leadership both on the field and in the school administrative ranks is recognized throughout Georgia.

Inductee Russell Smith played center for the top-ranked Attapulgus High School basketball team of the 1960’s.  He was a prolific scorer and set numerous tournament scoring records.  He was instrumental in leading the Class C team to state play-offs and in record setting winning streaks.  Russell’s scoring records still have not been broken after over 50 years. Smith is truly legendary among the sports alumni of his high school and the Attapulgus community.  He is a Vietnam Veteran and is retired following an outstanding career in law enforcement. Smith served as a Decatur County Commissioner from 2008 to 2016.

Tickets for the Saturday, March 2nd banquet are on sale at Parker Paint and Grimsley Pharmacy.