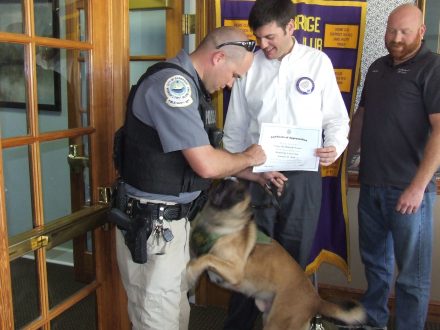 Officer McMillan said that he and Kenzo do a lot of demonstrations together with school kids.

“Kenzo has numerous times greater hearing capacity than humans,” officer McMillan said. “He is with me 24 hours a day.

“We want the children to understand that he is their friend,” he said. “This year so far he has helped confiscate some 95 pounds of illegal drugs. His smelling capacity is several hundred times greater than that of humans. He can smell out numerous illegal substances.”