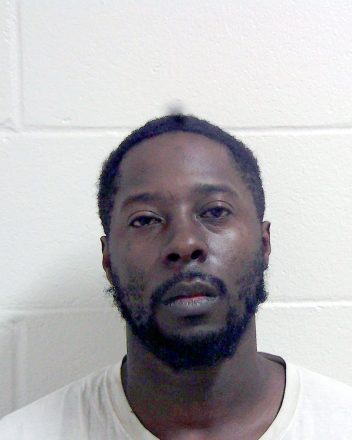 Saturday morning at approximately 11:06 a.m., deputies responded to a shooting on Old Pelham Road, where one resident sustained injuries and was life-flighted to Tallahassee.

Deputies Codey Vaughn and Zack Bearden first arrived on scene and observed Dakota James lying on the ground, while an unknown female put pressure on James’ chest area. James told officers he had been shot by “Dog Boy,” also known as Kenneth Hughes.

James explained to officers Hughes and James’ wife, Fantasia Baker had retreated back to Hughes’ residence. Officers continued to apply pressure and alerted EMS to the severity of James’ condition. James was then life-flighted to the hospital.

Investigator Vincent Edmond was called to the scene. Edmond quickly learned James had been shot while trying to enter Hughes’ home. Hughes and Baker had a previous relationship that James was not fond of, so James came to the residence to find her. While trying to enter the home, Hughes fired several shots at James, however the shot that hit him ballistics revealed to be while James was retreating from the house.

Deputies advised all residents of the home to exit with their hands in the air. They were then asked to get on the ground, where Hughes was handcuffed and detained for further investigation. During the investigation, Hughes gave written consent for a search of his home. While searching, officers found suspected cocaine and procured a search warrant for Hughes’ belongings.

They then found large amounts of cocaine in vehicles that belonged to Hughes. They additionally located large sums of cash divvied into different denominations.

Sgt. Wendell Cofer said other charges are pending as they continue to investigate the situation.