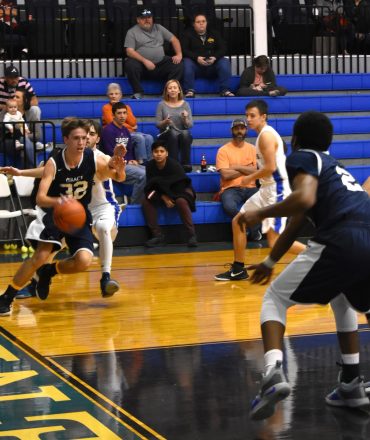 The GCA Cougars and Lady Cougars faced off against Georgia Christian Academy Friday night, where the Cougars came out victorious, while the Lady Cougars fell just short.

The Lady Cougars had a strong first half, scoring eight and 12 points, but had a tough time finding the net in period three and four, scoring four and 10 points, eventually losing 34-41.

Mallie Andrews led the team in scoring with 12 points with the help of Emelia Woodrum, who scored 11 points and Caroline Wells, who scored nine points.

Woodrum also helped out the team by making three of five free throws.

The teams will host their homecoming basketball game Friday night, where they are hoping for a win.

The girls game will begin at 6 p.m. followed by the boys game, where the queen will be crowned during halftime.