Kiwanis Club gets update on downtown development and revitalization efforts 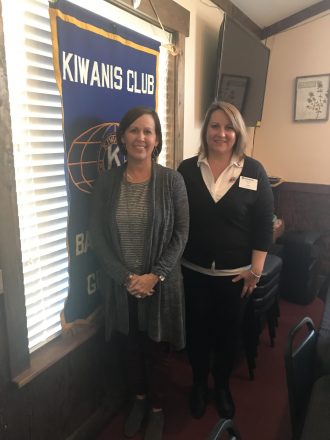 Thursday afternoon, Downtown Development Authority director, Amanda Glover spoke to the Kiwanis Club on some of the renovations occurring downtown and some of the future projects they are hoping to accomplish.

Seven new businesses were created out of the 32 properties sold and allowed for 55 new jobs, most of which came from the new dining option, Diablo’s.

Since the creation of these new businesses, the DDA has incorporated the help of the Carl Vinson Institute of Government in Athens, Georgia to help the city update their master plan.

One of the things Glover really wants to create is public restroom facilities, due to the increasing amount of downtown activity that is going on.

“We don’t want restaurants or businesses constantly having to fill that burden when activity is going on,” Glover said.

In December, the DDA sold Young Fashion to architects from Thomasville, Georgia who are moving their business here. However, the back 30 feet will be etched out to create for public restrooms. The old Earlich building will also be used as welcome center for visitors who stop to use the restroom, and need some space to sit down and use Internet or take a break from driving.

Another project Glover would like to take on is where the old Western Auto used to be. In the olden days, the building was a livery stable and it still has the windows that have been maintained from where the horses poked their heads out and were fed.

Glover wants to keep the authenticity of the building and turn it into an open air space for outdoor concerts and a farmer’s market. She believes it could have endless possibilities.

Other projects mentioned were the Water Street Canteen. This will be inside the building Doug Young is renovating and Skincare by Jennifer is moving. They are hoping to create a juice bar/ coffee shop, where students can access computers and study in a calming and comfortable environment.

Glover said she knows more projects will continue to pop up with these tax credits available, and with the amount of storefronts moving locations, due to the activity and revitalization downtown is seeing.

For anyone considering making a move downtown, Glover encourages them to visit downtownbainbridgega.com or come talk to her at City Hall, so she can show them a map and explain what all they have going on to look forward to.

Final details of MLK Day made ahead of Bainbridge…