6. Howard Johnson, The Landing close doors due to financial concerns 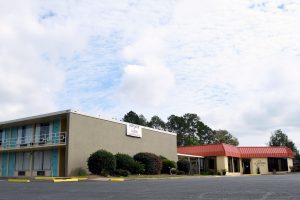 The Howard Johnson Hotel on Tallahassee Highway in Bainbridge closed its doors Monday, February 26 due to financial concerns.

Harrell went in with a group of buyers to save the Howard Johnson, at that time called the Charter House, 10 years ago partly because he believed it was an iconic piece of Bainbridge that deserved to stay locally owned.

Harrell’s plan for the hotel was to preserve and maintain the property while entertaining offers from buyers. Plans to demolish the back end of the hotel were already in place before the news of Howard Johnson’s closing, so residents can expect to see those 44 rooms removed over the coming months.

The rest of the hotel’s 76 rooms remain in place.

If a deal isn’t made to sell or rent the property, Harrell said it could be used as a location for a Southwest Georgia Oil gas station and travel center.

“In the end, our DNA doesn’t extend to hospitality and lodging,” Harrell said about Southwest Georgia Oil.

After 33 years at Bainbridge, Paschal Ward retired in June. He hopes that as a teacher he has done his duty to grow the next generation of students into a workforce that can carry this world forward.

“I tried to help students to grow and mature and do the right thing,” Ward said.

Giving kids the opportunity to leave Decatur County, some of whom have never traveled farther than the county line, was one of Ward’s favorite parts of the job.

When Ward announced his retirement, Sewell knew he wanted to be a part of the legacy that Ward had helped begin.

When Sewell was named the winner, he said he felt a mixture of excitement but also a total understanding of what was about to happen. He knew Ward had basically built the program from nothing and all of the talent and work was being transferred into his hands.

Sewell has full intentions of honoring what Ward started.

Bainbridge resident and businessman, Mike Conder will take over Cochran’s seat in January, while resident Eric Worthington will take the spot of Grubbs for District 6.

Bainbridge Public Safety’s Criminal Investigation Unit teamed with the Cairo Police Department, the Thomasville/Thomas County Drug Unit, the U.S. Marshal’s Office, and the Grady County Sheriff’s Office on a major roundup of suspected drug traffickers that began in the predawn hours of Tuesday, July 31. The arrests followed an 18-month long investigation initiated in the early part of 2017 by Bainbridge Public Safety (BPS), the Cairo Police Department (CPD), the Thomas County Drug Unit (TCDU), and the U.S. Drug Enforcement Administration (DEA) which revolved around the sale and distribution of cocaine, crack cocaine, “Mollie” (MDMA) and “Flakka” (Alpha-PVP and N-Ethylpentylone) in Southwest Georgia and North Florida.

Based on the results of the investigation, investigators obtained federal indictments for over twenty individuals suspected of obtaining and selling controlled substances in Southwest Georgia and North Florida.

Individuals arrested lived in the area of Bainbridge, Cairo, Thomasville and Tallahassee. More indictments and arrests are expected to come in the near future.

Those arrested were transported to the U.S. Courthouse in Albany where the U.S. Attorney’s Office for the Middle District of Georgia will handle their prosecution, with the exception of two Florida suspects who are in Federal custody in North Florida, and are being prosecuted by the U.S. Drug Enforcement Administration (DEA) in Tallahassee.

According to Bainbridge Public Safety Deputy Director Frank Green, the investigation was a successful because of the long hours put in by CPD, BPS, TCDU, DEA as well as the assistance provided by District Attorney Joe Mulholland and Assistant District Attorney Christopher Quinn of the South Georgia Judicial Circuit.

Monday, May 6, 2018, Ronnie McFadden, Thaddas Nundra and Louis Ousley were indicted for the felony murder of Post-Searchlight employee Hubert Moore.

Officers found McFadden, Nundra and Ousley and charged them with felony murder and criminal attempt of armed robbery. Nundra was additionally charged with malice murder, as he was believed to be the man who shot and killed Moore.

District Attorney Joe Mullholland took on Moore’s case and was avid in seeking justice for Moore’s family and friends. Mullholland said he would do everything possible to make sure that those who committed this horrible act are held responsible. He is still developing evidence and waiting on forensics to make sure the case is as strong as possible.

“We want to get these suckers,” Mullholland said.

Moore, 67, was found dead early in the morning on Oct. 26, 2017, after officers responded to a shooting at the intersection of West Jackson and North Florida Streets. When officers arrived, they found Moore lying on the ground by the door of the delivery truck he was about to use for work that day. After attempted CPR, Moore was pronounced dead.

Administration and board members of the Pataula Charter Academy spoke to a packed room of parents and interested community members about potentially opening a school in Decatur County in March.

The meeting was intended to share information about PCA and its education model while gauging community interest through a Q&A session.

“It’s not a true public school, because if you want to compare apples to apples, you have to take free enrollment like a public school, too,” Cochran said.

PCA presented their intentions at the same time to both Seminole, Miller and Decatur County along with the state to open up a charter school. Cochran, along with the superintendents for Miller and Seminole counties, denied the request for the school and it was taken to the state level, where Cochran presented why he did not think the school would be a good fit for the community.

Cochran, who adamantly fought against the opening of Spring Creek Charter Academy in Decatur County, said he was disappointed to see the charter school approved.

“I’m disappointed that Atlanta does not consider the economic impact of an area that these things cause,” said Cochran, “and the potential divisiveness. We made sure Atlanta heard us.”

SCCA is expected to open during the 2019-2020 school year. Initially, the school will seek to enroll approximately 276 students in grades K-5.