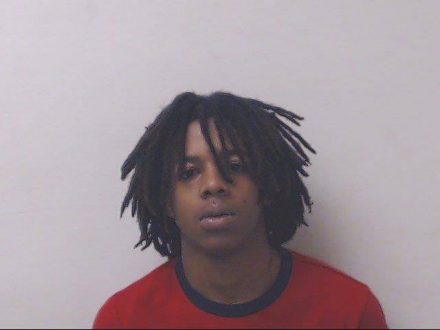 At approximately 11:30 a.m. Monday morning, Bainbridge Public Safety Officer Mike Prindle performed a routine traffic stop on a vehicle that was traveling on Cemetery Street. The traffic stop led to the arrests of Mikale Bell and Malcolm Green after illegal substances were found and a struggle ensued.

Prindle approached the vehicle on the driver’s side and could smell the strong odor of marijuana. He asked the driver, Bell to step out of the vehicle and submit to a series of sobriety tests. Bell agreed to the tests and when asked about the smell told officers he smoked earlier in the morning and it must be from his clothes. During this time, front seat passenger, Green was also asked to step out.

Green originally complied, but became combative with Prindle and tried to flee. Prindle was able to maintain control of Green by placing him in handcuffs. While being cuffed, Prindle heard Green say he had marijuana in his pocket. Prindle located two bags of marijuana. One was in the pocket of a pair of shorts he was wearing under his pants and another in the front pocket of his pants.

A third passenger riding in the back seat was then asked to step out to allow the vehicle to be searched. Prindle found no additional illegal substances inside, and released the subject after he was searched.

Bell was placed under arrest and cited for driving under the influence of drugs, no insurance and brake lights and turn signals required.

Green was transported to BPS headquarters, where they found a third bag of marijuana. In total, Green had approximately 50 grams of marijuana on his person. He was booked and transported to the Decatur County Jail. He was charged with possession, sale, manufacture or distribution of marijuana and obstructing or hindering law enforcement.