Keep Georgia deer herd free of CWD: What you can do

Preventing Chronic Wasting Disease (CWD) from entering Georgia is an ongoing effort. Hunters can help reduce that risk by understanding current regulations that prohibit the importation of live cervids (member of the deer family) and restrict the importation of certain cervid carcass parts from known CWD-infected states.

“The potential introduction of CWD poses a serious threat to Georgia’s economically and culturally valuable white-tailed deer resource,” explains Charlie Killmaster, state deer biologist for the Wildlife Resources Division. “We encourage hunters to be knowledgeable of and to abide by current importation regulations and restrictions.”

This fatal disease attacks the nervous system of cervids and to date has been detected in 23 U.S. states and two Canadian provinces.

Infected animals develop a characteristic spongy degeneration of the brain, which results in extreme weight loss, abnormal behavior, loss of bodily functions and eventually, death. Though scientific investigations are ongoing, current research suggests that the agent responsible for the disease may be spread both directly (animal to animal contact) and indirectly (soil or other surface to animal). Currently, there is no evidence that CWD poses a risk for humans.

What Are Current Regulations?

According to current hunting regulations, importation of any live cervid is prohibited. In addition, importation of any whole cervid carcass or carcass parts from any state with a documented CWD case is prohibited with the following exceptions: boned-out meat, commercially processed meat, meat with no part of the spinal column or head attached, clean skull plates with antlers attached, clean antlers, finished taxidermy heads or clean upper canines (buglers, whistlers, ivories).

All Georgians can help by reporting any known illegal importation of deer species or carcasses to the department at 1-800-241-4113.

What is Georgia Doing?

Since 1998, the division has been testing suspect and hunter-harvested deer for evidence of CWD. To date, more than 6,000 deer have been tested with no confirmed positives. The states nearest to Georgia with a confirmed case of CWD are Mississippi, Illinois, West Virginia and Virginia.

Any hunter who observes or harvests a deer in Georgia that exhibits CWD symptoms should immediately call a local Wildlife Resources Division office or call 1-800-241-4113.

Check out the Georgia Wildlife blog for a great CWD article (https://georgiawildlife.blog/2018/11/06/cwd-two-states-away-but-not-yet-in-georgia/) and for more information about keeping CWD out of Georgia, visit www.georgiawildlife.com/cwd. 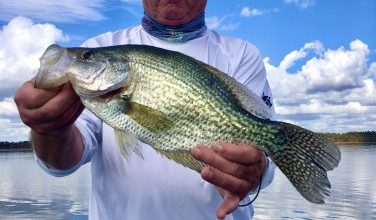 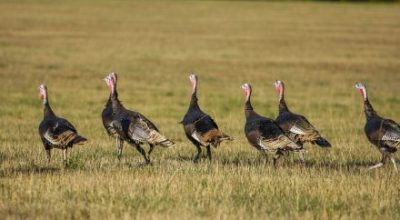