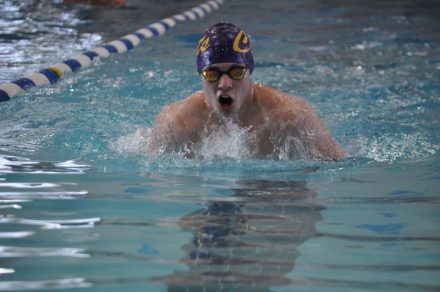 The combined team came in third place, with the girls placing fourth and the boys taking a very close third behind Veterans.

The SwimCats will compete Wednesday, Jan. 24 at the Region Meet in Harris County.

Grace Christian Academy senior Cougar Sam McRae couldn’t of had a better comeback after a knee injury. He scored his... read more