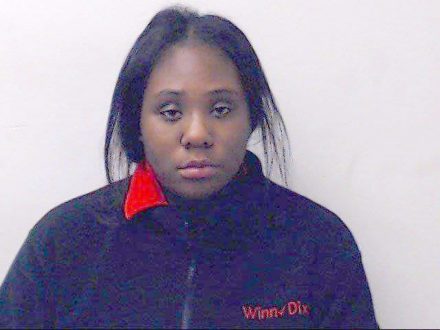 Bainbridge Winn-Dixie was shocked Saturday when five-year employee Tiara Frazier was arrested for theft by taking, stealing approximately $7,000 from the company since the month of October.

The manager of the Winn-Dixie asset protection program, told Bainbridge Public Safety officers he felt like there were fraudulent returns happening inside their store.

After reviewing video footage, the asset protection program manager observed Frazier refunding money to her boyfriend, who is still under investigation, several times. She would also do refunds when customers were not present and take receipts out of the trash to perform refunds

He told officers Frazier would leave all of the refunded money in her register until the end of the night. When it came time to balance the register, she would loan money out in the manager’s office and pocket the money she refunded during the shift before exiting the office.

The total sum of money proved is approximately $7,000. The investigation was turned over to Officer Chip Nix, who said Frazier was taking around the range of $1,000 per month.

When Nix arrested Frazier, she seemed remorseful and truly sorry for what she did, but gave no explanation as to why she did it.

Winn-Dixie manager, Marvin said he had worked there for a long time, so nothing shocked him, but he was surprised at who did it.

“We had placed a lot of trust in her,” Marvin said.

Decatur County Sheriff Wiley Griffin spoke to Bainbridge Rotary this week, with an emphasis on what he called “an escalating... read more