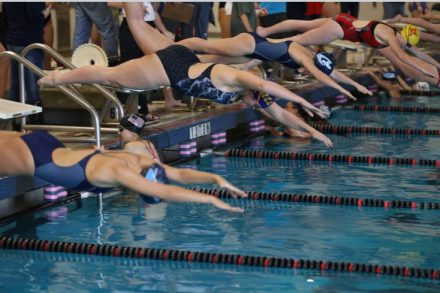 The SwimCats’ then competed in the Lee County Trojan Invitational on Jan. 13. Another very large meet, the Lady SwimCats placed tenth of fifteen teams and the SwimCats placed 12th of 18 teams.  Earning points for the team were Haydn Griffin who placed forth in the 200 free and 8th in the 50 free, Dalton Savage who placed 8th in the 500 free, the boys 200 free relay of Haydn Griffin, Austin Aldridge, David Long and Dalton Savage who placed eighth and the girls 400 free relay of Madison Mills, Viviana Schuyler, Mary Mercer Reynolds, and Emily Sullivan who placed forth.

Coaches Chambers and Campbell are very proud of the SwimCats performance at these invitationals as the competition was very strong and fielded many swimmers who compete at the club level year round. The SwimCats have their last regular season meet on Friday and the region meet is in Harris county next Wednesday.

The Bainbridge wrestling team traveled to the Smiths Station Invitational, where 17 teams were represented in each weight class. The... read more