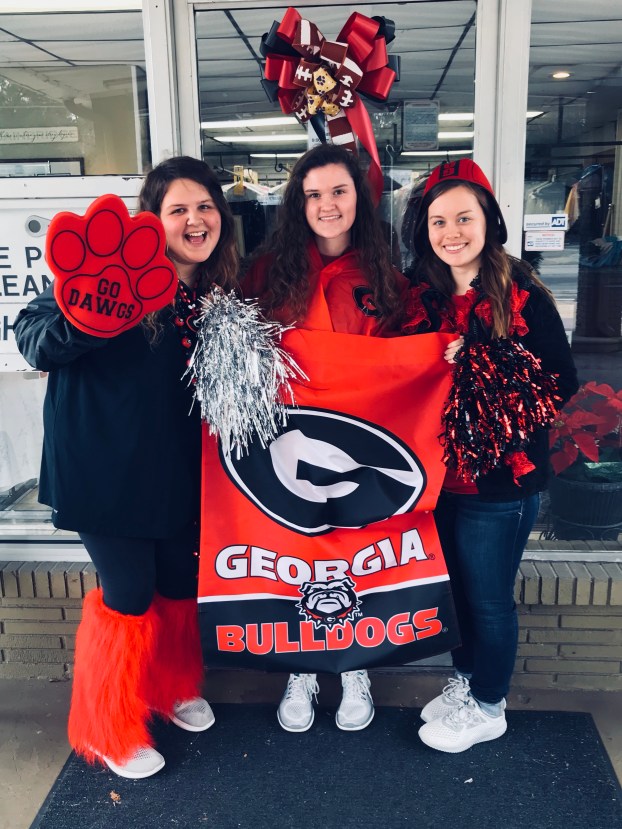 For everyone in Bainbridge, whether you’re a Bulldog or not, it wasn’t the outcome you wanted to see for Kirby Smart, either.

But who can deny the massive success Smart has had in just two years as head coach of the Georgia football team?

Nobody in Bainbridge, that’s for sure. You’d be hard pressed to find a community prouder of its hometown hero than right here in Decatur County.

Smart grew up in Bainbridge, played football as a Bearcat under his dad, coach Sonny Smart, and graduated to play defensive back at Georgia from 1995-1998.

He’s bounced around the South since then, coaching from Valdosta State to Florida State, from LSU to the Miami Dolphins. He settled in at Alabama with head coach Nick Saban in 2007, and together they coached the Crimson Tide to four national championships.

Smart was hired to coach his alma mater in 2016. Monday night, he faced his former mentor on the biggest stage, the College Football Playoff National Championship. The Bulldogs fell 26-23 in overtime. 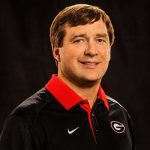 But to many in Bainbridge, the final score didn’t matter.

“I was a winner either way,” said Bainbridge Athletic Director Stan Killough, who played baseball for Alabama. Killough coached and mentored Smart through his high school years in Bainbridge. They kept in touch as Smart went on to pursue his own career in coaching. “That’s blood. That’s family.”

Killough never dreamed he’d be watching his former player coaching in the national championship game. But he isn’t surprised.

“He paid his dues and he earned it,” Killough said. “It doesn’t surprise me at all he is in the position he’s in.”

Smart has work ethic, Killough said. The stern kind that not a lot of folks can muster. There isn’t a coach out there that will work harder than him.

He’s got intelligence. Smart was salutatorian in his class at Bainbridge, after all.

And he’s competitive. Fiercely competitive. Just watch one game from this season, one interview, one video of him in practice. It’s impossible to miss.

That’s what got Smart to this level, and it’s an accomplishment that makes Bainbridge Mayor Edward Reynolds giddy.

“Growing up here with his dad, Sonny, as the football coach and how influential it was in his home, it was a continuation of the family business, you might say,” Reynolds said. “All of us in Bainbridge are proud. Anytime that someone goes on in his career and accomplishes something, it is great, but no one has done it on as big of a scale as this.”

Reynolds looks forward to what the future holds and what Smart will do next at Georgia. With an incoming class that’s ranked No. 1 in the country, the talent is there, and fans are eagerly awaiting a return to the big game. 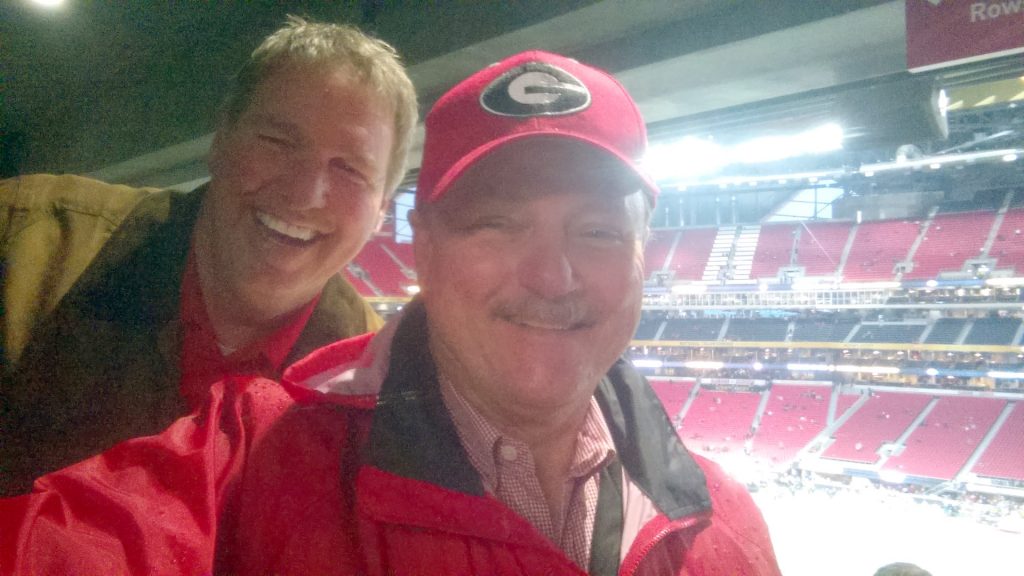 Donald Barber and Andy Bell smile from their seats at the national championship on Monday.

That includes Bainbridge residents Andy Bell and Donald Barber, two farmers who made the trip to Atlanta to see Smart and the Bulldogs live in Mercedes-Benz Stadium.

The two went to the 1980 Sugar Bowl together, where Georgia beat Notre Dame for the national championship. They returned there two years later to watch Georgia lose the title to Penn State.

There was no way they were going to miss this one.

“I think it’s great we got a Bainbridge person leading the Bulldogs,” Bell said. “It’s good for Bainbridge and good for the state.”

Bell and Barber got to the stadium around 4 p.m. on Monday, four hours from kickoff. The rain began to pour, and the two got soaking wet as they waited for the gates to open at 5 p.m. Once inside, Bell and Barber watched the seats fill with what they called a “pro-Georgia crowd.”

“There were a lot more Georgia fans in there than Alabama fans,” Bell said.

Everyone in Bainbridge had their TVs on to watch Smart and the Bulldogs. The momentum swung back and forth until the Crimson Tide sealed the deal on a long pass into the end zone in overtime.

Wherever Smart is, whatever team he coaches, whatever he does next, Bainbridge will be cheering.

On Sunday, Jan. 7, at approximately 7:12 p.m., Investigator Demetric Koonce-Elijah responded to Bainbridge Memorial Hospital in reference to a... read more