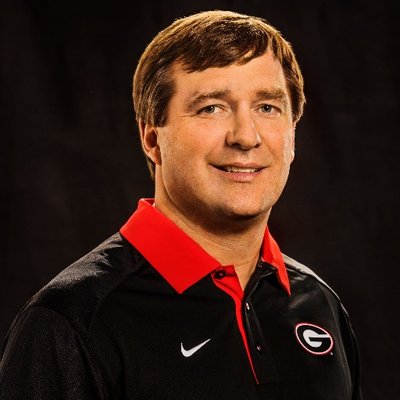 Kirby Smart ran onto the field and pumped his fist into the air Monday night, letting out a cry of victory.

Georgia running back Sony Michel had just scored the winning touchdown in double overtime against Oklahoma in the College Football Playoff semifinal.

It was the historic Rose Bowl, the granddaddy of them all.

The boy who grew up playing Bainbridge rec. ball, who helped lead the Bearcats to the state semifinals in 1993 and was an All-SEC defensive back for the Bulldogs, coached his alma mater to one of the biggest wins in the program’s history.

Even better, it punched Georgia’s ticket to the national championship game in Atlanta.

Georgia’s 54-48 win marks the highest scoring Rose Bowl game ever. It was also the first time a Rose Bowl had gone into overtime.

“What a game, what an atmosphere,” Smart said to ESPN analyst Maria Taylor after the win. “Nobody ever quit. Everybody fought hard. I’m so proud of these kids and seniors.”

After Smart was handed the Leishman Trophy, he held it high in the air and passed it back to his players. ESPN host Rece Davis asked Smart what was going through his mind when Michel was running down the sideline to score the winning touchdown.

“That these kids believed, they never stopped chopping wood and they keep the main thing the main thing,” Smart said as the crowd of fans roared up in the background.

Smart isn’t the first Bearcat to play or coach in the Rose Bowl.

On Jan. 1 1935, James “Bubba” Nesbet, a 1932 graduate of Bainbridge, played fullback for the Alabama Crimson Tide in the Rose Bowl against Stanford. The Crimson Tide won 29-13 with the help of All-American Nesbet’s performance.

Three years later, on Nov. 30, 1937, Carey Cox of Bainbridge played center for Alabama as they matched up against California in the Rose Bowl. The Crimson Tide didn’t come away from that game with the win, falling 13-0 in their first ever Rose Bowl loss after winning three and tying one.

Prepare for cold temperatures, rain and possibly snow in our area

The combination of sub-freezing temperatures and a low pressure system developing to our southeast will result in wintry precipitation for... read more