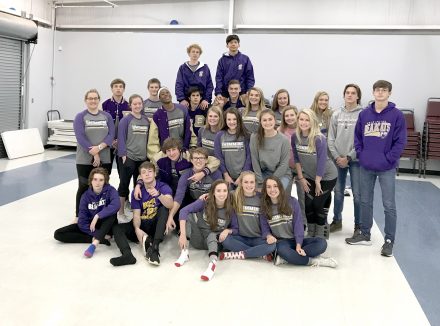 The BHS SwimCats competed at the TCC Yellow Jacket Friday Frenzy on December 15.

The girls tied for second place in a field of 11 teams, and the boys placed fourth in a field of ten teams.  The combined team score put the SwimCats in third, only three points behind TCC.

Individual high scorers were Haydn Griffin who won both the 200 freestyle and the 50 freestyle, and Emily Sullivan who placed third in the 200 Individual Medley.  Several relay teams also finished strong in this meet.

According to coaches Chambers and Campbell, the team had several ill swimmer and the weather was extremely cold, yet the swimmers persisted and performed well at this meet.

The SwimCats next meet is Jan. 6 at Albany State.

The Lady Cats basketball team got its much desired revenge against Colquitt County on Tuesday. After a heartbreaking 1-point loss... read more