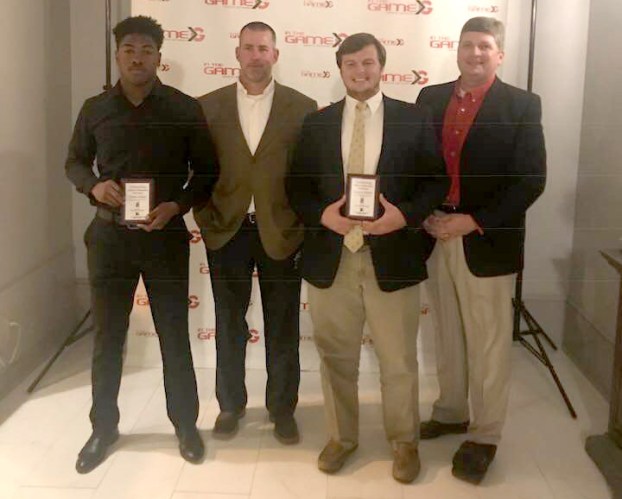 The awards were given based on recommendations from area coaches, stats and overall student-athlete performance.

Barber is a two-year starter who led the offensive line.

Adams is a slightly different story. He never started a game until his senior year, and remained dedicated to the program when other players started over him.

“He stayed dedicated and never got frustrated about playing time,” Littleton said. “He worked hard to get where he is. He stayed committed, and I’m just really proud of his tenacity.”

Adams accounted for 71 solo tackles and racked up 11.5 sacks for the Bearcats.

Homeschooling was the topic at Rotary meeting this week

Tony Cooper, his wife Viviana and their six-year -old daughter Gia explained to Rotary members on Tuesday how their family... read more