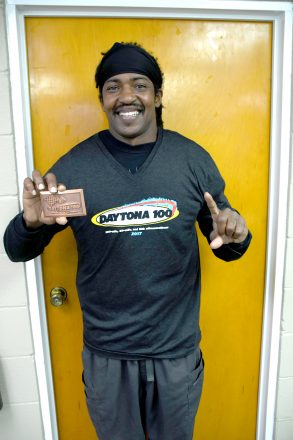 Harold Allen set out from Jacksonville, Florida, at the starting line of the Daytona 100-mile race with one goal in mind: do better than the last 100-mile race.

Harold went above and beyond, hitting a new personal record of 22 hours, shaving off more than 6 hours from his previous 100-mile race time in Pensacola this past summer.

Allen didn’t expect the race to be as hilly as it was, despite the race being advertised as relatively flat. He said running on the beach during some stretches was tough, especially in the early hours of the morning when freezing winds were coming off the water.

His favorite part of the race was running through St. Augustine, which he described as beautiful despite having one of the toughest hills of the course.

Still, Allen pushed through it, and kept his focus long enough to set a PR he will try to beat again in February in Texas.

He also never stopped once to rest, an accomplishment he is especially proud of given the tough course. He kept his gatorade bottle in his hand the entire way, stopping just to fill it up, have a quick bite to eat or use the restroom. Races this length typically offer sleeping quarters for runners, but Allen never felt the need to use them.

Many of the top runners who take on these 100-mile races have entire teams that travel alongside them, offering whatever resources the runner might need as they tackle the course. Allen doesn’t have one, though, and handled much of the course on his own.