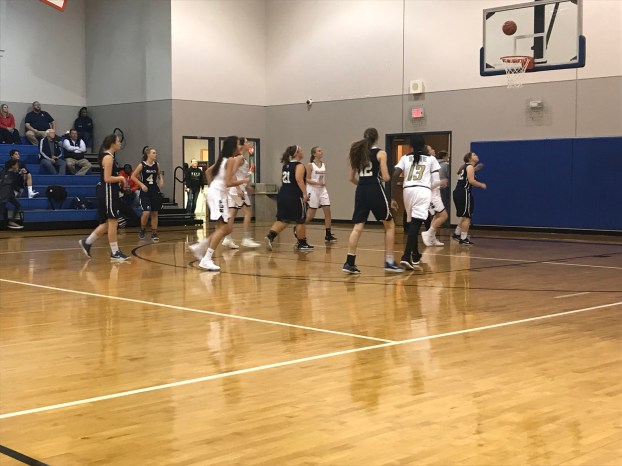 Emellia Woodrum makes a basket during Thursday’s game against Byne.

The Cougars had four players in double digits scoring. Rogers poured in 16 points, McRae threw in 15 points, Duke had 13 points and Smith added 12. Smith and Duke both also had four 3-pointers apiece.

“Our guys did a great job tonight,” said coach Mallory McRae. “Effort was great. They really shot the ball well. They hit 18-three pointers. They have played really good defense all year.”

McRae pulled down 8 rebounds and Rogers grabbed 5. Rogers had 3 steals.

The Lady Cougars were led by Harrell with 11 points. She also had four 3-pointers and pulled down 6 rebounds.

Godwin had 5 steals and McRae had 4 steals.

“I’m proud of the hustle the girls demonstrated at the start of the game and then continued throughout the game,” said coach Kaila Galpin. “It was a team effort all the way around considering we lost one of our five high schoolers to an ankle injury.”

This past weekend the Bearcat Wrestling team traveled to Florida High to compete in the Cam Brown Classic Invitational. The... read more