Price welcomed as new Chief of Staff at hospital 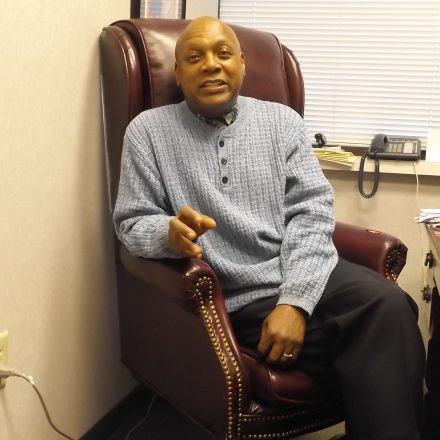 Winston Price, M.C., FAAP, FACPE, the new chief of staff at Memorial Hospital and Manor, came to Bainbridge from Atlanta, in 2012, after being asked to come as a locum tenens to fill in for six months until a permanent replacement could be found and hired.  “Six months became six years,” he says, with a smile. He practices as a pediatrician at Memorial Pediatrics.

As a board certified pediatrician, Price has served as President of the National Medical Association from August 2004 to July 2005, where he guided the NMA to focus greater attention on the use of information technology and EHR’s toward improving consumer health education.

That philosophy aligns closely to his stated goals for Memorial Hospital in Bainbridge. He wants to utilize technology so that Madison Avenue medicine can be delivered in rural America.

He states that much of rural America does not have the resources to access  necessary medical care. Travel is often the biggest barrier. “It can be a monumental task for some to get across town,” he added. By way of illustration, he cited an experience of a mother who said she couldn’t come for the child’s appointment because she had no transportation. He went to their home and picked them up. Even though she lived on the other side of town, he said it took 45 minutes one way. He has even taken one child to Thomasville to the Orthopedic clinic, come back to his office to see patients, then went back after them and took them home. He explains that action by saying, “I come from a background of house calls,” then added, “Patients get better when treated with respect and kindness.”

Price said he believes the new CEO Jim Lambert comes from the same mindset for change and innovation. He believes the time is right, with a new CEO and a new vision, that there is a good chance to turn the tables and improve health care services in Decatur County.

Price praised the use of telemedicine in the schools, where he can see the child, communicate with the school nurse and prescribe the proper medical care without the patient coming to the office.

Another one of his goals for the term of his office is to bring about better relations between Memorial Hospital Medical Staff and other community health practices, stating, “There is little interaction and not enough interchange with them.”

He describes the delivery of medical care as a collective effort to raise the quality of health for Decatur County residents. He wants to create a bridge within the health community to figure out how together the health of those in Decatur County can be improved. “We have to bring that new and exciting concept back to Bainbridge medical care.”

When asked what he considered the biggest health issue of young people, he gave an answer that may surprise many. “Violence is the biggest issue for young people today.”

Beyond that, there is diabetes, cardiovascular disease and poor nutrition, all of which may stem from and contribute to obesity. He predicted the hospital will be taking more programs into the school system, with the hope of making the youth agents of change— in diet and healthy living regimens.

Price currently serves on numerous advisory boards, including the Board of Directors of the National Center on Missing and Exploited Children, SW Georgia Area Health Educational Center and previously served on the Council on Clinical Information Technology & the Task Force on Foster Care of the American Academy of Pediatrics. His current Georgia Board participation includes the Decatur County Board of Health, The Southwest Georgia Area Health Education Center (SOWEGA AHEC) and serving as Medical Coordinator for Decatur County Telehealth program.

Price concludes by saying caring for his young patients is a blessing to him every day. When he goes home and thinks of his patients, it allows him to take all the pressures of the day in proper perspective.