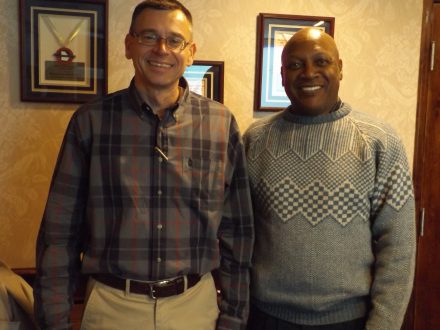 Memorial Hospital and Manor Authority members reacted to a $1,558,565 net loss of income for the month of October. Interim CFO Gregg Majors attempted to explain the large loss, saying the “patient volumes were exceptionally low” during the month of October, with only 21 patients, most of whom were low paying. Emergency Room visits were down slightly. Physical Therapy numbers were up, but all other departments were down.

There was also the adjustment to the new extended laboratory enterprise, doing blood work and extensive testing of patients from other locations. Initially there was testing being done with low reimbursement fees, and those losses had to be absorbed; but testing services are being expanded to other areas of lab work that should generate new income.

Majors, who said the November board meeting would be his last, said October was an unusual month, but he felt sure things will get back to normal in November. On the plus side, “We are ahead on revenue cycles,” still ahead over last year, and the accounts payable column was reduced by $131,345.

A review of the minutes from the Building and Grounds Committee meeting of November 13 was given. The board approved payment of $17.662.35 to replace a commercial 100 lb. laundry washing machine. The board also approved to proceed with replacement of two roofs, one at the business office and the other at Human Resources, both on Evans Street, at $14,000 to be paid to New South Roofing, Inc.,

A cost of $171,695 for the purchase of a new HP 5412 network switch that will process information more speedily to physicians, was also approved.

It was reported the interview process for the position of Chief Financial Officer will begin the first of December, when three candidates are scheduled for interviews.

Majors indicated he will be leaving December 14, once he has had a chance to facilitate a transition with the new CEO and CFO.

It was decided to hold the December board meeting on December 19, and trustees were asked to confirm their intention to attend the Georgia Hospital Association Trustee conference that will be held January 12-14. They will be attending at their own expense.