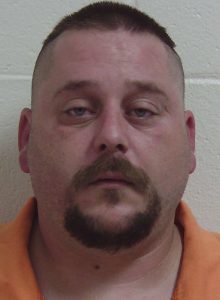 On Monday, Nov. 20, about 6:19 p.m., The GBI Thomasville Field Office was requested to assist the Decatur County Sheriff’s Office regarding a murder investigation at 1119 Old Pelham Road in Bainbridge.

Decatur County Deputies received a 911 call about 5:32 p.m. of shots fired at the above address. Deputies arrived and identified witnesses still at the scene as well as the suspected shooter who was detained and later identified as Mickey Alley, born April, 1984, who resides at the address.

Additional Agents, Investigators and Crime Scene personnel arrived and began processing the scene and interviewing witnesses subsequent to a search warrant being obtained for the house and property. During the investigation, it was determined that Mickey Alley, another individual and the victim, identified as Danny Alley, born May, 1965, all had been arguing off and on during the day. The argument continued between Mickey and Danny when Mickey later shot Danny who died as a result of his injuries.

Mickey Alley has been charged with the Murder of Danny Alley and is currently being housed in the Decatur County Jail. It was determined through the investigation that Mickey and Danny were first cousins and knew each other. An autopsy will be conducted on Danny Alley at the GBI Crime Lab in Macon.

Level Up Education and Tennis Academy has two sessions each week, with approximately 80 kids in attendance, to learn and... read more