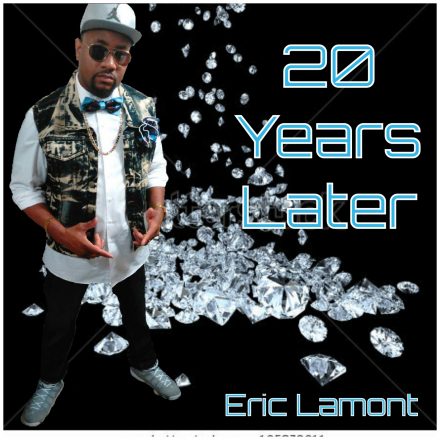 Eric Thomas was just a 16- year-old Bainbridge High School student when he started associating with the wrong crowd. During that year, Thomas committed an armed robbery with his friends and was sentenced to life in prison.

After three days of praying and promising to turn his life around, Thomas’ sentence was reduced to 20 years. Now, Thomas, also known as Eric Lamont, has been released and is telling his story through music in his debut album titled “20 Years Later.”

In his album, Thomas reveals how he came to God during the darkest time of his life and became an ordained minister. Thomas said he had been singing all of his life, but this album is different because it tells his testimony and life story. Most of the songs have an R&B soul feel, but are Christian inspired.

“This album will change someone’s life if they would listen to it,” Thomas said.

Thomas not only is changing lives through music, but through his traveling ministry. After becoming an ordained minister, Thomas became an evangelist who travels wherever the Lord sends him. He and his wife, Lekita own a traveling ministry called Walk by Faith, Not by Sight International Ministry: A Traveling Ministry that’s going somewhere. While ministering, they share through song and the spoken word. Thomas started writing some of his songs while he was still incarcerated, but once he was released was when his real musical inspiration started.

Today, his album is available on CDBaby and iTunes. He said this won’t be the last people will hear from him. He plans to continue making songs and testimonials; the work has just begun, as he plans to create a music video this week.

Thomas realizes he could not have done this without the help of God. He is thankful for the help and support of so many people. He is especially thankful for the love and support of his wife, manager, Dr. Calvin Lewis, his brothers, Jimmy Thomas and Torrance Hamilton, his sister, Renae Thomas and friends, Dan and JoAnne Conely, Starla Anderson, Sheronne Anderson, Caecil Riley and Frank and Erica Clemmons.

Thomas prays that people will take the time to listen to the album.

“Jesus can change me and will change you,” Thomas finished

Georgia’s Energy Assistance Program will open on November 1, 2017, at 8:00 a.m. for homebound and elderly households (all adults... read more