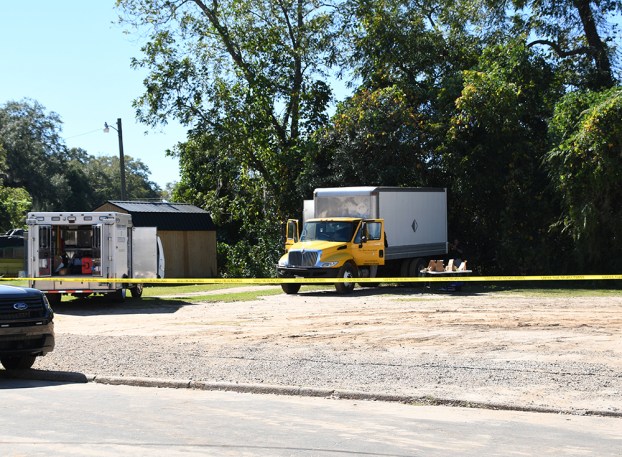 The crime scene at the intersection of West Jackon and North Florida streets in Bainbridge.

Hubert Moore, 67, was killed early Thursday morning at the intersection of West Jackson and North Florida streets behind The Post-Searchlight building.

Officers responded to a call around 6:30 a.m. of a shooting at the intersection. When first responders arrived on scene, they found Moore lying on the ground by the door to a delivery truck. Officers attempted CPR, and a few minutes later Moore was pronounced dead.

Moore was a longtime employee of The Post-Searchlight. He lives in Bainbridge.

Moore was believed to be beginning his delivery route for the day. Nothing is known about the motive of the shooter other than multiple gunshots were fired.

Bainbridge Public Safety investigator Mark Esquivel asks that anyone who may have seen anything out of place in the area this morning to come forward.

Local businesses with video surveillance systems have submitted footage to BPS and GBI for investigation.

“A lot of the businesses here, their video surveillances aren’t working, they aren’t functioning,” Esquivel said. “That’s why we stress to all of them just make sure it’s working. You’re never going to know when you’re going to need it. If it just helps one time, it will be worth it.”

Bainbridge steps up for a cure

Cars stopped at intersections on Broad Street, Shotwell Street and Broughton Street to make way for a line of hundreds... read more