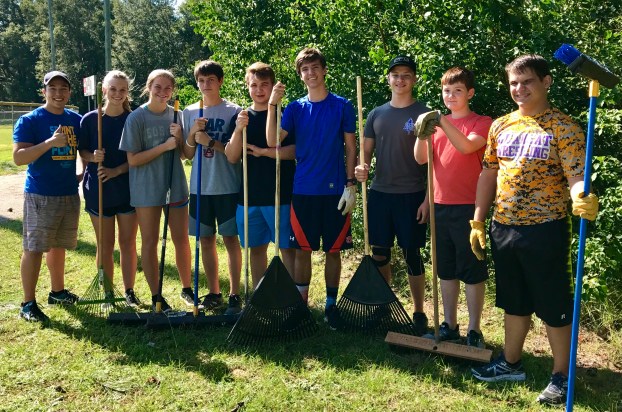 The City of Bainbridge Nature Trail took a beating during the Tropical Storm Irma, but that didn’t stop a group of local students from lending a helping hand.

The Grace Christian Academy cross-country team uses the trail for their practices. Knowing that the trail would be in terrible shape following the storm, team member John York came up with an idea. York thought that cleaning the trail would be a great way to help out with the cleanup effort.

He contacted the City of Bainbridge and asked for permission for GCA cross-country team members to come to the trail on Tuesday afternoon and assist the city with the cleanup and removal of limbs and debris that had fallen across the paved trail.

Armed with rakes and brooms, nine team members and their coach, Richard Cox, worked for a couple of hours raking and sweeping debris from parts of the trail while city parks crews removed multiple fallen trees.

Information for this article was provided by Julie Harris.

The Salvation Army’s school supplies drive will help kids around the county have what they need going into the school... read more