Woman busted by BPS for meth with intent to distribute 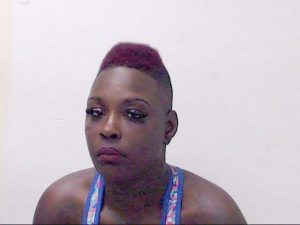 Last Saturday, Officer Jason Myers conducted a traffic stop for a car without headlights while it was raining. The traffic stop resulted in the arrest of Kimberly Walker for possession of a controlled substance with intent to distribute.

Myers had previously conducted a traffic stop with Walker on March 17, 2017. On this date, Walker’s driver’s license was suspended and her vehicle did not have any registration or insurance on it. In addition to that, Walker had a small baggy of suspected marijuana on her, according to reports. However, Myers decided to give Walker a break and ask that someone come pick her up and not drive the vehicle again until it had insurance on it.

Investigator Chip Nix said BPS does not keep a record of how often they give breaks to people, but it is “more often than not that people take advantage of the break” instead of fixing the situation.

During his stop on July 8, Myers learned Walker’s license had been suspended due to child support obligations and no insurance conviction. According to the reports, Walker pleaded for another break, but Myers was unable to give her one. After Myers arrested Walker, he took an inventory of her car before it was towed away.

Nix said over the past year or two Molly has become one of the more common street drugs they are starting to see, along with Flaka. Although it is impossible to arrest every dealer, Nix said “they are doing a good job of being proactive.”

Walker was additionally arrested for headlights required, windshield requirements, no valid insurance, no registration, driving while license suspended and possession of a controlled substance with intent within 1,000 feet of a housing project.