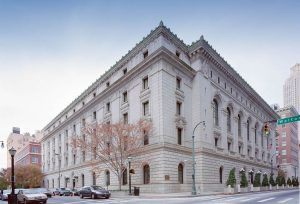 The Federal Court of Appeals in Atlanta, Georgia, will be where Umbach’s and Kine’s cases will be presented on July 28.

The U.S. Court of Appeals will hear oral arguments from attorneys representing Robert Umbach and Christopher Kines on July 28 in response to federal charges against the two former Decatur County deputies.

Kines and Umbach filed for appeal after they were federally charged in 2015 for tampering with evidence related to an incident at Bainbridge BikeFest 2012.

“The court is discretionary,” Dorough said. “A lot of cases, people don’t even ask for it.”

According to Dorough, there are compelling arguments to be made against the sentencing that Kines and Umbach received and “significant errors” made.

Umbach and Kines were both sentenced to 15 months prison time followed by two years of supervised release. Umbach was fined $125, and Kines’ fine was waived.