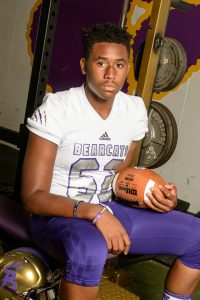 Braxton Randall will step up to play defensive tackle this season, and is looking forward to having a blast on the field doing it.

“I’m looking forward to having fun with my friends,” Randall said. “This is our last year together and we may not see each other for a while.”

Randall remembers his sophomore year helping his team reach a historical 13-1 record, and he wants to see the 2017 Bearcats hit an even bigger milestone this season. 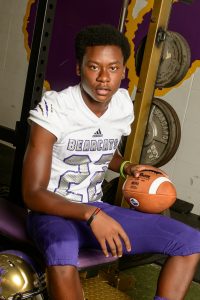 Stepping up to fill one of the wide receiver positions this season, La’Derrick Murphy knows what he has to do to help his team.

“I have to get open and win my routes, catch the ball,” he said.

Practicing under new offensive coordinator Mike Harville helped him improve in the spring, and a tough summer workout schedule is building the strength and speed he’ll need to make plays on Friday nights.

“I want us to compete every Friday and win every Friday,” Murphy said. “I just will need to do my job.” 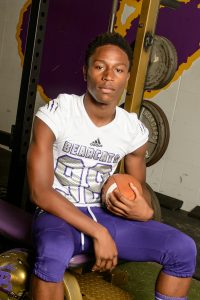 Laderrick Williams is another stepping up at the wide receiver position this season, and also will play outside linebacker.

Williams knows what he does both in school and outside of school will reflect on him and the rest of the Bearcat football team, so his goal this season is to maintain a sharp image.

“Get out there and do what we have to do for Bainbridge,” Williams said. “Show the world that we can do this. Represent Bainbridge well. We have to act well in and outside of school.”

Williams said that to have a winning season, he and the team will have to go hard on the field. 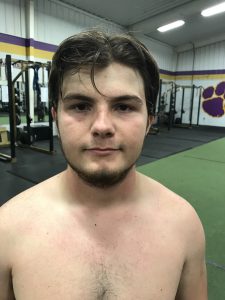 John Kirkus’ mission this season is to protect the quarterback and open holes for Bearcat running backs.

As an offensive lineman, he’s working hard in the weight room to put on size that will make him better at his job.

This season, Kirkus wants the Bearcats to keep playing through November and into December.

“Ultimately, I want us to win the region and go deep in the playoffs,” Kirkus said. “We are going to have to play as a team.”

His personal goal is to improve as the season goes on and do the best he can do every Friday night. 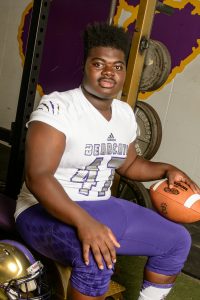 Montavis Buggs, a lineman for the Bearcats, wants the team to make it to the State Championship this season and a be an overall great football team.

How is he going to help Bainbidge do this? 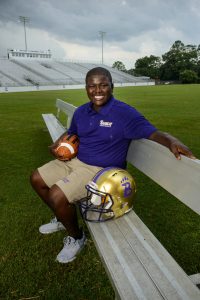 Tazion Hines is a student trainer for Bainbridge. He comes to every practice, rain or shine, and is an integral part of the team.

“I have to be a listening ear,” Hines said. “I got to know my players and fulfill their needs so they can succeed.”

This season, he is working hard to prepare players physically and mentally. Hines would like to see less injuries. Something he likes players to keep in mind is focusing on the smaller things.

“I want them to go out there and look beside the big things and do the small things,” Hines said.