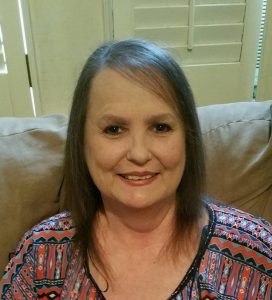 The funeral service was held at 2 p.m. on Sunday, May 28, 2017 at Ivey Funeral Home Chapel where Rev. Newton Cranford officiated. Interment followed at Oak City Cemetery where her nephews served as active pallbearers.

The family received friends from 1 to 1:45 p.m. on Sunday, May 28, 2017 at Ivey Funeral Home. Online visitors can sign the guest register at www.iveyfuneral.com.

In lieu of flowers memorial donations may be made to Bethel Baptist Church Building Fund, PO Box 562, Bainbridge, Ga., 39818.

Darline was born March 26, 1956 in Bainbridge, the daughter of Edward Alto and Betty Louise Parnell Strickland. She attended Bainbridge High School and worked as a Manager with Roses for a number of years. Darline attended Bethel Baptist Church.

Darline was known as the glue that held the Strickland clan together, whether sharing family news or organizing the family reunions she was the “go to” person. Mrs. West was known to have a servant’s heart and was often found caring for family and friends as they recovered from illness or injury. Her time was not her own as she constantly searched for ways to help others.