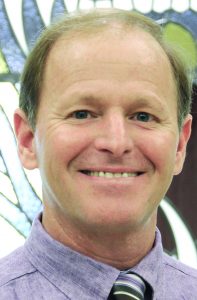 Bainbridge High School Principal Tommie Howell has announced his plan to retire at the end of this school year.

Howell has worked in the Decatur County School System for almost 40 years, both as a teacher and an administrator.

“After much thought, reflection and personal debate, I would like you to know that I have decided to retire at the end of this school year,” Howell wrote in an email to Bainbridge faculty and staff. “Being an educator in Decatur County and at Bainbridge High School has been my life’s calling, and it has been an absolute honor and privilege working with the faculty, staff, students and parents of BHS.”

Howell’s final day will be June 30.

Finding a replacement for Howell is still in its infancy stages, according to Decatur County Superintendent Tim Cochran. The position will be advertised and interviewed for in the coming months.