Bill could mandate 30-minutes of recess across Ga. elementary schools 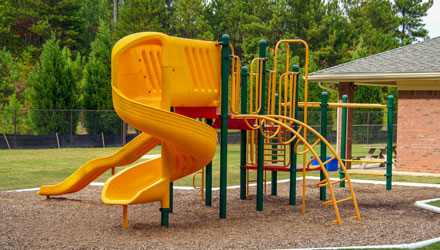 On Friday, the Georgia House of Representatives passed HB 273 by a vote of 147-17. The bill, which was authored by Democratic representative Demetrius Douglas of Stockbridge, would require schools in Georgia to “schedule recess for all students in kindergarten and grades one through five every school day.”

If passed by the senate and signed into law by the Governor, the law would go into effect starting with the 2017-18 school year. It mandates that the recess period include “an average of 30 minutes per day of supervised, unstructured, activity time, preferably outdoors.” It does include an exception that recess would not be required on days where students attend physical education classes.

The bill also requires local school boards to put policies in place to ensure that “recess is a safe experience for students, that recess is scheduled so that it provides a break during academic learning and that recess is not withheld as a punishment.”

Decatur County Schools Superintendent Tim Cochran said he has not reviewed the bill in its final form, but that he is not opposed to it.

“Our kids need some down time and it’s probably not a bad thing,” Cochran said. “We may have to reevaluate to make sure it is listed as whatever this law dictates. We’ll adjust and make sure we are in compliance with it. I don’t have a problem with it.”

Cochran added that although he isn’t opposed to the added recess time, that he doesn’t like excess legislation because “a lot of them become unfunded mandates.”

Many of the elementary schools in Decatur County already offer daily recess time, but it typically doesn’t meet the 30 minutes that would be required by the bill. Jamie Ard, the principal at West Bainbridge Elementary, said that every grade level currently has at least 20 minutes of recess scheduled each day and that teachers also have the ability for “brain breaks” throughout the day, which can include physical activity.

Dr. Larry Clark, the principal at Jones-Wheat Elementary, said that students have enrichment or physical education three days a week and 10-15 minutes of recess per day with additional time added for pre-k students. Clark said that adding the additional time would not be a heavy burden though.

“Our schedule is already tight, but we could fit it in,” Clark said.

According to the Atlanta Journal-Constitution, the bill was read and referred to the Georgia Senate on Monday.