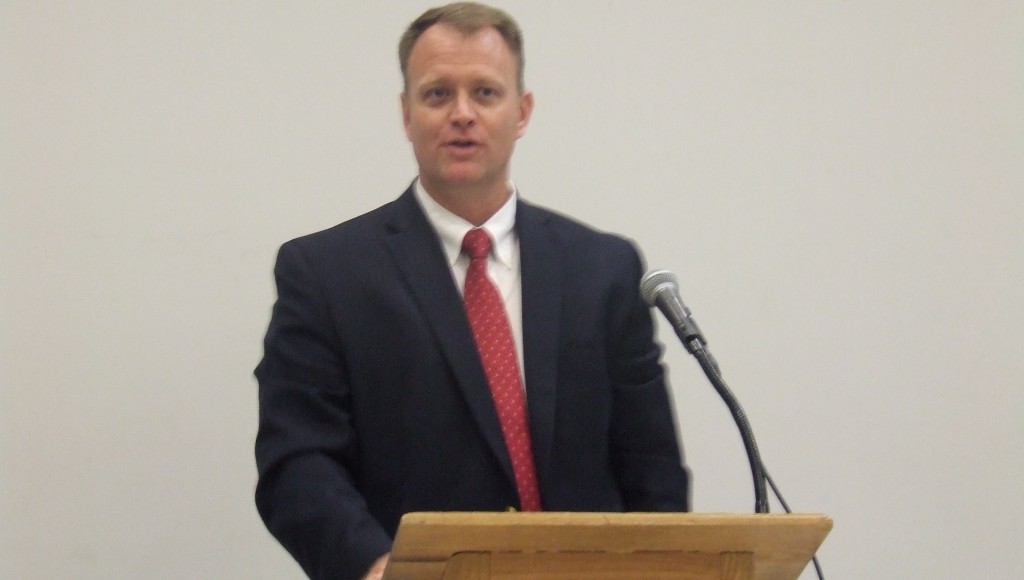 At Tuesday’s Rotary Club meeting Decatur County Superintendent Tim Cochran came out strongly in opposition of the proposed constitutional amendment that would allow the governor of Georgia to assume control of schools that are deemed to be “chronically failing.”

The official preamble introducing the amendment on the ballot reads that it, “Provides greater flexibility and state accountability to fix failing schools through increasing community involvement.” It will then pose the questions “Shall the Constitution of Georgia be amended to allow the state to intervene in chronically failing schools to improve student performance?”

On Tuesday, Cochran joined a growing list of educators that have publicly called the wording “misleading” and voiced their opposition to the amendment.

“If you read that, it sounds really obvious,” he said. “Of course if they’re chronically failing, we need somebody to intervene, but that ballot question is a little misleading.”

One of his main issues was that it leaves out the fact that the state already has the power to intervene in school systems that are under performing.

“There is already a process that the state department of education and the governor’s office can intervene in school systems,” Cochran said. “They’ve done it for decades. They can come in and they dictate your budgets, your initiatives, your school improvement plans. They have a lot of control and power in what you do.”

He also raised concerns about the term “chronically failing.” Currently that would be defined as a school that has received an F grade on the state’s grading metric for three consecutive years. The legislations would have the ability to change the definition though and the metric currently being used has been deemed “not valid and reliable” by the Department of Education according to Cochran.

Cochran said that in his opinion the proposed amendment is the first step in a long-term plan to privatize the education system in the state of Georgia.

While he never directly said that voters should vote no, Cochran said that he wanted voters to make their own opinions and not be misled by the ballot language.

“If you read that ballot question, it sounds like if you vote against it you’re voting against mom and apple pie, and that’s just not the case,” he said. “What I believe the plan is, is to contract with for-profit charter schools and let them come in and run it… If you answer yes to this question it will give the governor full power over your school systems.”