As the newly installed president for Bainbridge Rotary Club, Greg Smith began his remarks at Tuesday’s meeting by somewhat lamenting his quick succession to office. He was scheduled to take office as president-elect and follow a year with Fred Rayfield as president. After Rayfield left the school system and moved away, Smith was catapulted into office a year early. “I’m missing a year of practice,” he announced, and asked for cooperation from club members as he hits his stride.

Smith came to Bainbridge in 2013 with his wife, the former Maggie Rentz. The two attorneys opened their own law practice and are now in partnership with Attorney Tom Conger, His wife Maggie is the newly elected Magistrate Court Judge. The couple has an 8-1/2 month old son, Owen. 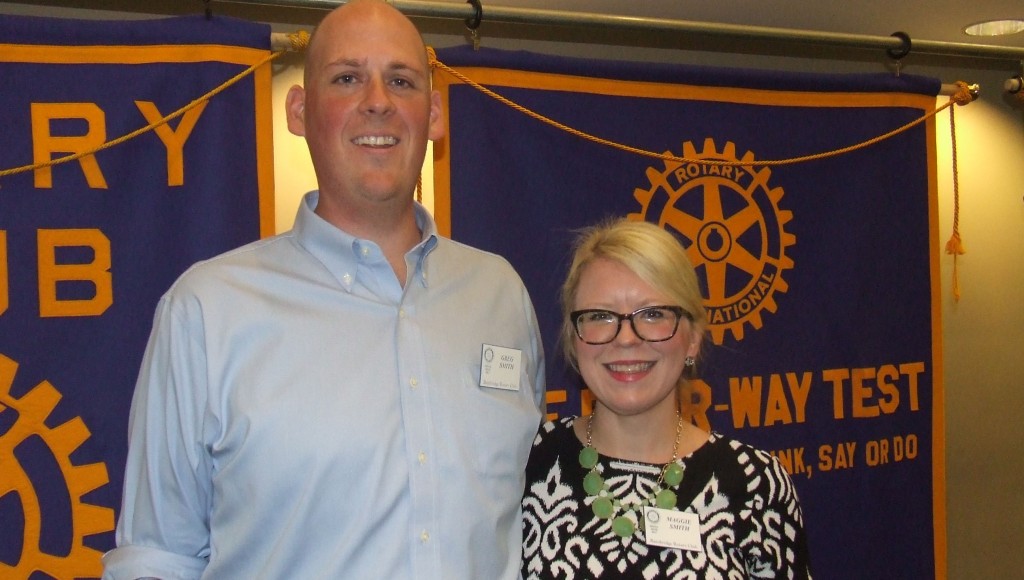 Smith grew up in Marietta, Ga. and earned both his BA and law degree from the University of Georgia. He also holds a Master’s earned while living in Edinburg, Scotland for a year.

Indicating he was pleased with how things have been going with Rotary, he has no immediate plans to make any changes. He would like to work on shoring up the attendance and increasing the membership. He encouraged members to reach out to those in the community who should be members.

He also commented that he was aware that Bainbridge was hurting in many ways. He said he believes Rotary, both Bainbridge and International, have resources available that could do some good for the community. While he said he intends to continue the projects of the past, he asked for suggestions of new projects that could be undertaken.

He noted that in 2017 the Bainbridge Rotary Club will be hosting the GRSP Conference and indicated he will need help getting that pulled together.