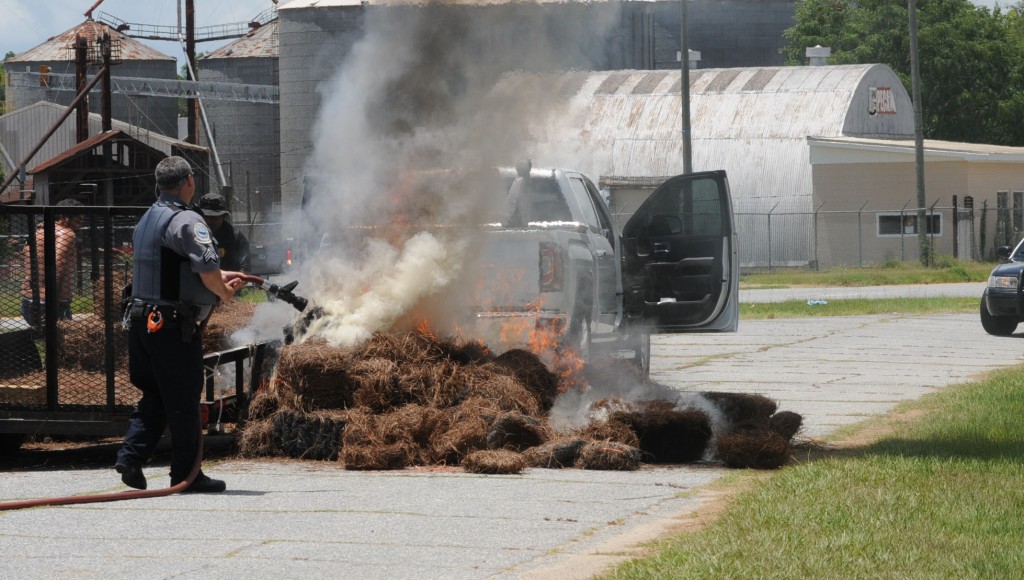 A landscaper’s trip to change a trailer tire went up in flames this afternoon.

Lupe Gonzalez of Southern Charm Landscape Services was on his way to Delta Tire on Dothan Highway when the right-rear tire on his trailer blew. Gonzalez didn’t realize what was happening until a fellow driver alerted him some of the bales of pine straw in his trailer were on fire.

Sparks from the popped tire’s rim were igniting the pine straw. Gonzalez pulled off the road in front of Elberta Crate, detached the trailer and called 911.

Bainbridge Public Safety responded to the scene and quickly put out the fire.

Gonzalez estimated about 30 bales of pine straw were lost.

“I was going to change my tires because we were going to Tallahassee tomorrow,” Gonzalez said. “This straw is already bought. It’s ironic.”