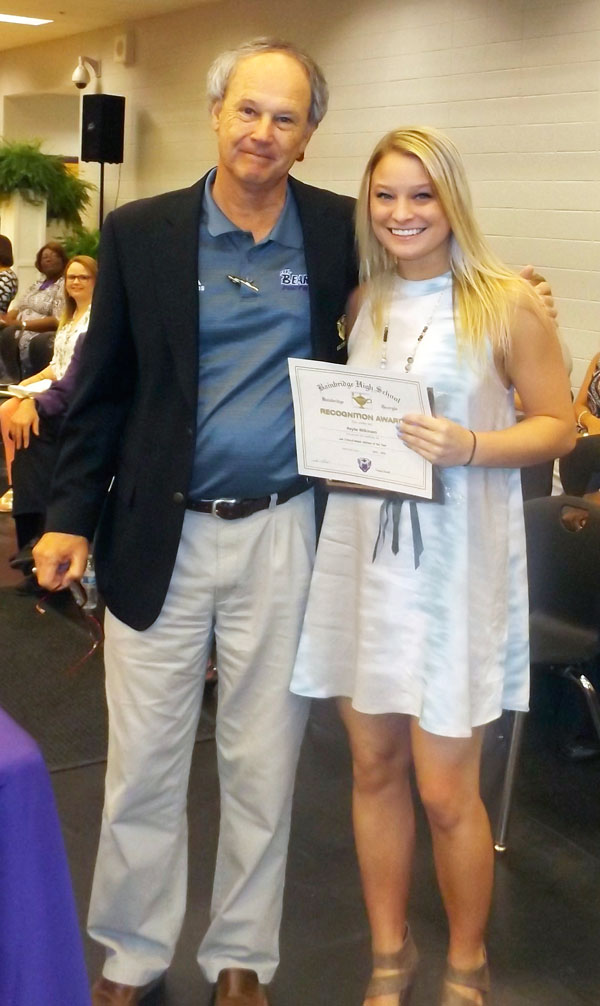 The awards, named for the 45-year Bainbridge Post-Searchlight sports editor, goes each school year to senior athletes who do well in two sports and in the classroom.

Bearcats’ head football coach Jeff Littleton said he is very happy that Storey, who made numerous big plays for his offense, will have a chance to play at the next level. Storey has signed a football scholarship with Albany State University.

In wrestling, Storey became only the third wrestler in school history to win consecutive area championships.

“Tyler Storey dominated a number of his wrestling opponents but unfortunately he will not be able to continue his wrestling career at the college level,” head wrestling coach Chad Smith said. “Albany State University, who he signed a football scholarship with, does not have a wrestling team.”

Coach Poppell described Wilkinson as a swimmer who always gives her best, is extremely focused and consistently comes through in the clutch. 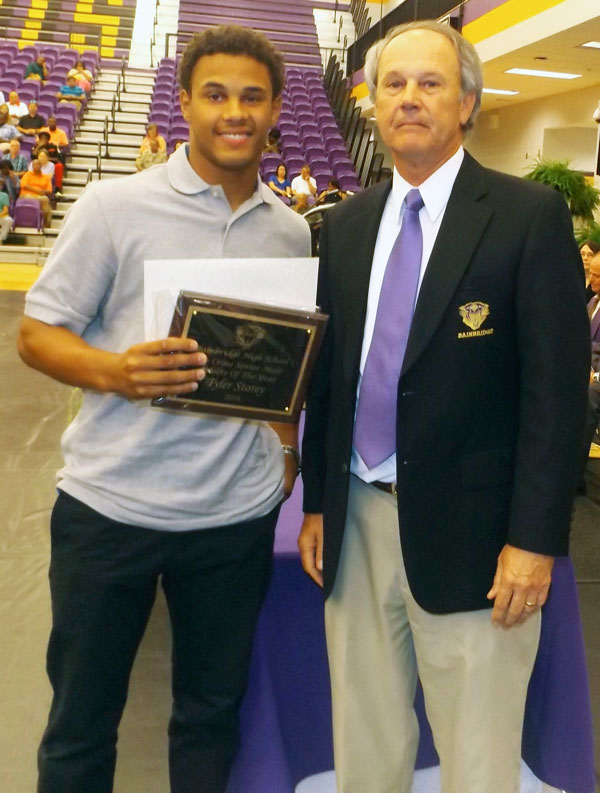 She was on the swim team for three years. Wilkinson was on the Lady Cats swim teams gold medal winning 400-yard freestyle relay team with Emily Chambers, Emilee Poppell and Taylor Bush.

Wilkinson also won a scholar athlete award. Scholar athletes must maintain a grade point average of 90 or above and earn a score of 1000 on the SAT or 21 on the ACT.

“Haylie Wilkinson is so talented and competitive that she could be extremely competitive in numerous sports,” coach Hawkins said.