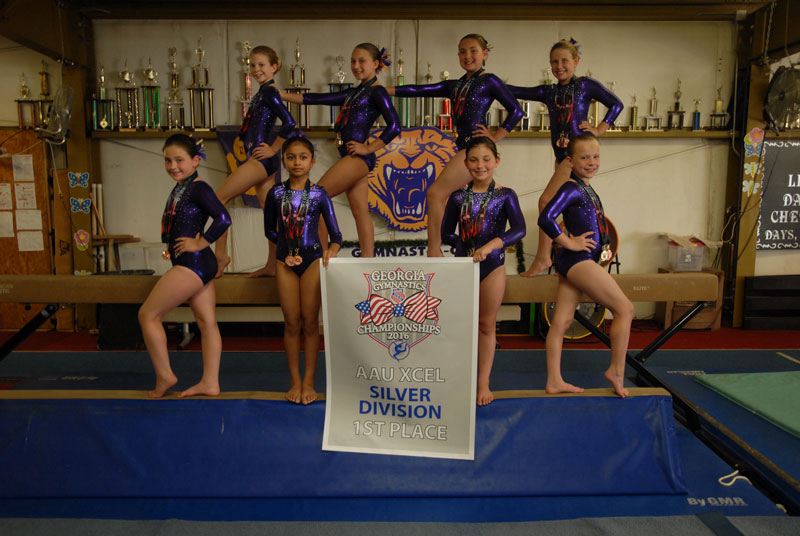 The Bainbridge Gymnast-a-Cats won first place overall in the Georgia State Championships held April 17-18. They won with a score on 113.225. The team is made up of 11 girls ranging in age from 8-13.

Emma Foster and Bailey Nunnery each won first place in their age division on balance beam.

All 11 members of the team finished with an all-around score greater than 35.00, which qualifies them for the national championship meet at the ESPN Wide World of Sports in June.