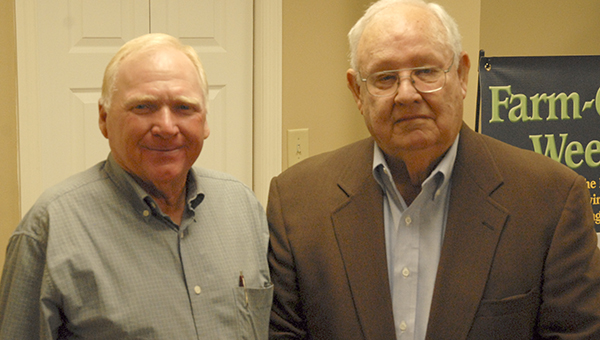 Long, who raises cattle and grows a variety of products, has been a member of the GFB since 1970 and he has served on the Board of Directors since 1999. He is the second Decatur County native to serve as GFB president. The first was Wayne Dollar who held the position from 1994-2006.

In his role as GFB president, Long will serve as the main representative for Georgia farmers both in the state and nationally.

“Our main objective is representing agriculture,” Long said. “We represent large farmers and small farmers. We represent them all.”

Long will work with legislators at both the state and national level to implement the policies that GFB members voted on at their annual conference. Long said that since he was appointed to the position on Tuesday he has already scheduled eight meetings in Washington D.C.

As part of the position Long will have to move to Macon where the GFB offices are located. His term runs from this past Tuesday through Dec. 6 2016. He will then run for election for a two-year term.

“I will report for duty Monday morning,” Long said.