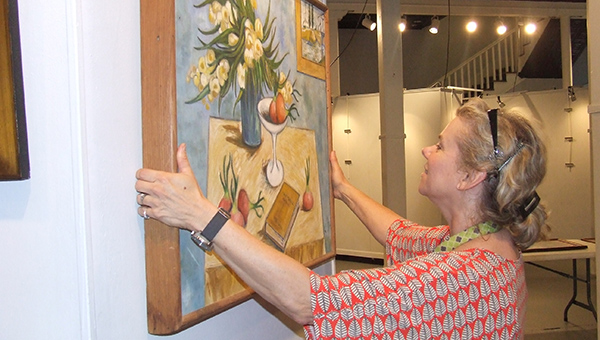 Art lovers will have a chance to time travel at the Firehouse Center’s first art show of the season.

Titled “Past, Present, Future”, the show is representative of the art of Gerard Kwilecki, Jr., from the past; photography by Robert Yent (present) and Ashley Long (future.)

Vickie Bailey said the concept came about as they wanted to showcase the work of Gerard Kwilecki, Jr., better known for his architecture than his art. She said he never considered himself an artist, but only did it to relax. Rarely satisfied with his work, he would often paint over it and start over. Several pieces have been found in family members’ homes, but not enough to have a solo showing.

“Since he is part of our past, Phyllis Lucas helped come up with the concept of doing a past, present and future show. Their work is all so different. It makes you really look at each one individually,” Bailey said.

The Yent photography comes mostly from scenes taken on his foreign travels. Many are nature photos or landmarks, but there are also some defining the culture of the people.

Young Ashley Long’s oils and watercolors tend to lean toward wildlife and buildings. He enjoys doing plein air painting, the act of painting outdoor on location. He is responsible for the mural on the wall of the outdoor patio called The Yard at Crave Eatery.