Department of Driver’s Services expected to open doors in September 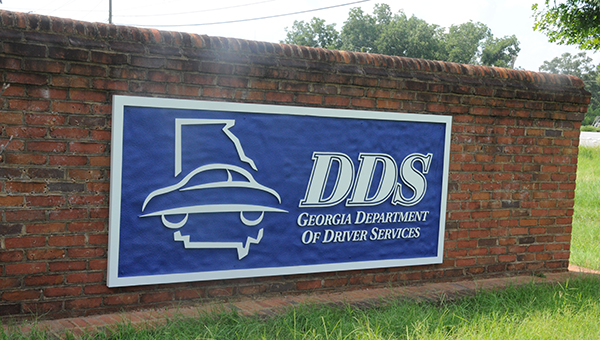 New signs have been put outside the old Convention and Visitor’s Bureau for the opening of the Department of Driver’s Services opening in September. — Powell Cobb

With fresh new signs displayed at its future location on Dothan Highway, the Department of Driver’s Services has announced plans to open doors to the public in early September.

DDS Public Information Officer Susan Sports said the station would provide full services when open. Hours of operation are tentatively planned for Tuesday through Friday from 8 a.m. to 6 p.m., with half days on Saturdays. However, Sports said Bainbridge would ultimately decide the hours depending on the community’s needs.

“They can renew or replace their license, or they can take all of their computer based knowledge tests,” Sports said. “We’ll be giving road tests and they can get a copy of their motor vehicle report, too.”

The station in Colquitt is expected to close as a result of the Bainbridge station opening next month. Sports said the Colquitt center was contusive to a part-time operation, not full-time.

“We did an analysis of zip codes at the Miller County facility — what is the zip code of the people who are coming in and what facility are they going to,” DDS Commissioner Rob Mikell said in May. “We came up with about 18,000 transactions at the Miller County facility and we found people were coming from Decatur, Seminole, Mitchell and Baker counties as well as a few from Early, Grady and Miller counties.”

The Bainbridge center opening as early as September is due to the exceptional condition of the building DDS is moving into, the old Convention and Visitor’s Bureau just off the bypass on Dothan Highway.

“Being able to make this move, going into an existing center, was obviously a big cost saver,” Sports said. “It was really how our counters need to be was all that needed to be done to it, which is perfect for us. There was plenty of space, so it was an opportunity to bring full services to the area with a pretty fast turn around.”