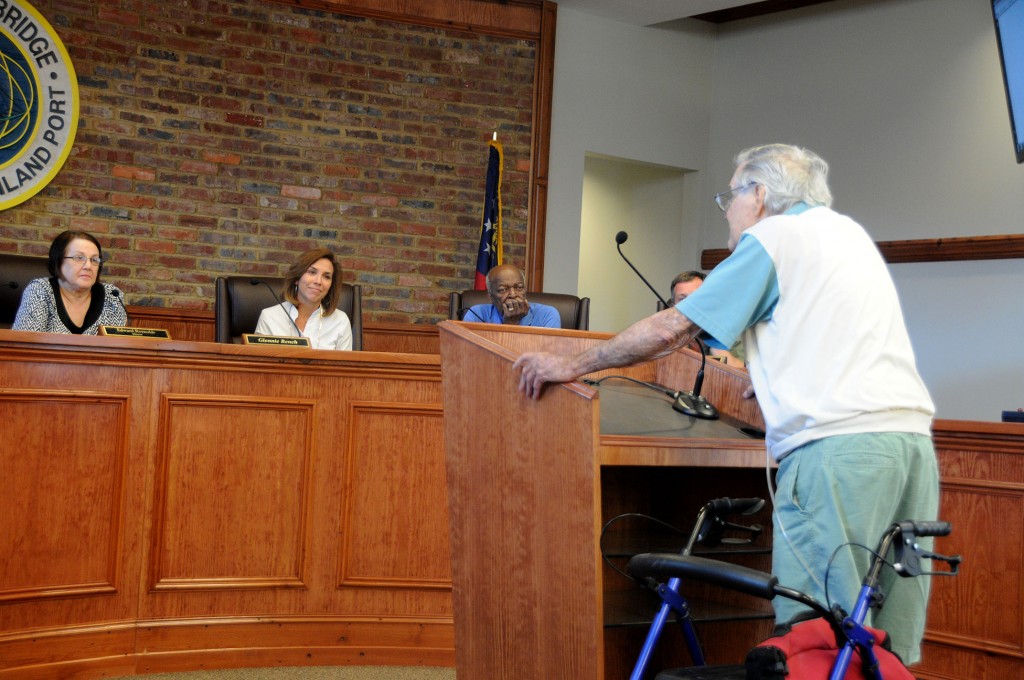 It’s easy to see the recent tax increase of two mills from the City of Bainbridge has residents scratching their heads, slamming their fists and everything in between.

The Bainbridge City Council gave taxpayers a chance to voice these concerns and objections against raising the millage rate Wednesday with two public hearings, both seeing considerable turnout.

“To face another increase, with me being a retired person on a single income, this is devastating to me,” Bainbridge resident Donna Hart said to the council. “I do not understand why it has to be such a large increase at one time.”

Bainbridge City Manager Chris Hobby said the reason for the increase was to stabilize the cash flow the city receives. With $1.5 million in reserves and no end in sight to the decreasing sales tax revenue and other fees, Hobby would like to see a more solid amount of money.

Bainbridge resident Robert Tyson said when taxes are raised, there has to be something given in return to taxpayers.

“If we are not getting better service, why should you go up on the city taxes?” Tyson asked. “What more are we getting in return?”

Hobby said he preferred to look at from the standpoint of, “what are you not going to lose?” Instead of cutting services like youth football, police and fire rescue and road maintenance, Hobby said an increased millage rate would allow Bainbridge residents to continue receiving them.

“At this point, the only thing we have left to cut would be services,” Hobby said. “The city pool having to close potentially, other things like that we would cut out. I don’t think that desirable, I think folks like the services provided.”

In the past three years, Decatur County, the Decatur County Board of Education and the City of Bainbridge will have combined for an increase of 6.75 mills if the city’s raise passes. For residents like Ed Kozlowski, the amount is overwhelming, especially with Bainbridge’s millage rate doubling.

“For me it’s not paying taxes that’s the objection,” Kozlowski said. “It’s the amount all at once. That translates to a lot of money to people on fixed income.”

The final public hearing will be at the Bainbridge City Council meeting next Tuesday.