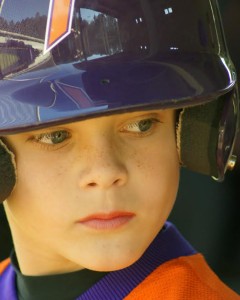 Lea Hawkins woke her husband, Trey, up around midnight on a Friday night in June because she was too nervous to sleep.

Their son, Quayde, had tried out for the United States Specialty Sports Association All-American baseball team earlier that month and they were announcing 15 players for his age division that night.

Hundreds of kids from North Carolina, South Carolina and Florida had put their baseball skills to the test during tryouts. Trey was doing his best to be realistic and not set his family up for disappointment. He checked his phone to see if the video announcement had been released.

“At this point I was just looking to see if I knew anybody that made it,” Trey said. “Then they said Quayde’s name and my wife jumped out of bed.”

Now that he’s on the team, Quayde will play in the All American Games in the 11-and-under Atlantic Division Aug. 1 through Aug. 4 at Kissimmee, Florida.

“I would have to believe this would be the single greatest moment to date in their careers as youth baseball players,” the USSSA video announcer says. Quayde said he would have to agree.

“I get to miss the first day of school, too” he added with a smile.

An 11-year-old with a passion for sports and the discipline to make himself better at them, Quayde can rarely be found without a ball in his hand. His father raised him to be a football player. Quayde raised his dad to be a baseball player.

The two practice everyday, whether it’s with the rest of the team or the two of them in the backyard. Whatever it takes for Quayde to grow as an athlete

“It’s not my desire to go to practice everyday,” Trey said. “It’s his. It’s his heart’s desire to do that.”

Trey said it makes him proud his son has found something he’s so passionate about at an early age.

“The desire and motivation he has is awesome,” he said. “He wants to learn something else everyday. If he’s not on the ball field, he’s watching pro sports.”

“Baseball is a really fun sport that gives me something to do,” Quayde said.