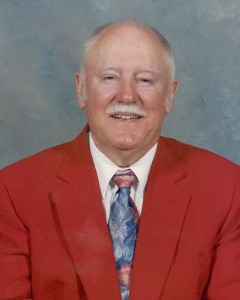 The funeral service will be held at 10 a.m. on Wednesday, July 9, 2014 at Ivey Funeral Home Chapel with Rev. Stephen Webb officiating. Interment will follow at Roselawn Memory Gardens with the active members of the Orion Lodge #8 F & AM serving as active pallbearers.

Mr. Baggett was born Feb. 28, 1927 in Pensacola, Fla., the son of Thomas Ivan Baggett and Isabelle Richards Baggett. Vernon served in the United States Navy for 2 years during World War II and then served in the United States Marines for 21 years during the Korean War and Vietnam War before retiring as a Gunnery Sgt. Vernon also served at Memorial Hospital as Director of Food Services for 20 years. He was a member of Bainbridge Church of God, the Orion Lodge # 8 F & AM, the Hasan Shrine Temple, Bainbridge Shrine Club and the VFW Post #4904.

Survivors include his children, Joseph Edward Baggett and his wife, Suzanne, of Herndon, Virginia, Jean Elaine Driver and her husband, Jimmy H., of Blakely, Ga., and Carol Marie Watts and her husband, Phillip, of Bainbridge; his brother, Sidney D. Baggett of Sequim, Wash.; his grandchildren, Rick, Merritt, Graham, Blake, Ansley, and Landon; and his great-grandchildren, Emarie, Jude and Hope.

He was preceded in death by his parents; his siblings, Dennis Baggett, Graham Baggett, and Jodie Baggett as well as his wife, Naomi M. Baggett.

Ivey Funeral Home is in charge of arrangements.