Two Bainbridge residents look back on the Longest Day 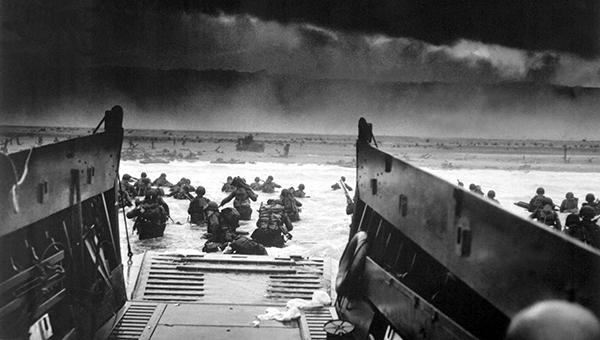 Boats full of young men, some not even 18-years-old, churned through the English Channel in the early morning of June 6, 1944. Their destiny was only hours in front of them, an invasion of Normandy, France from Omaha Beach, the largest seaborne invasion in history.

It would be a bloodbath. Nazi troopers were waiting on the beach, ready to fight back.

But the Allied forces were fighting in the name of freedom. They were fighting for the downfall of Adolf Hitler and his quest for world domination.

At the front of all of them was a Decatur County man. 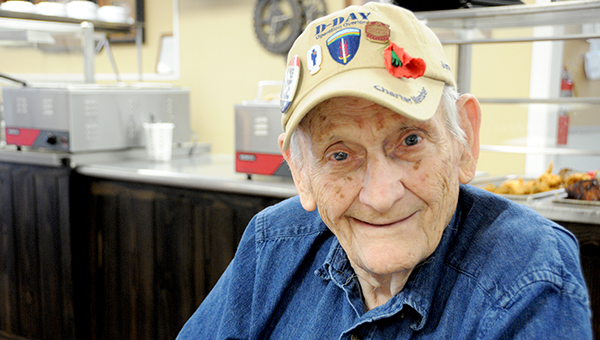 Bryant, a Navy “Frogman,” was one of the 140 men whose responsibility was to blow up the Czech Hedgehogs that lined Omaha Beach early June 6. Destroying the metal contraptions allowed U.S. vessels to reach the shore and deploy soldiers. — Powell Cobb

T. Paul Bryant was 19-years-old when he and 150 other Navy soldiers were deployed onto Omaha Beach to make way for the thousands of Allied soldiers behind him. His reason for joining the Navy was clear as day—to take down Hitler.

“They couldn’t even go in there until we went in there,” Bryant said about his mission. “We cleared the beach so they could have a first wave (invasion).”

Bryant’s job was to remove the hundreds of Czech Hedgehogs lining Omaha Beach. These giant metal obstacles were designed to keep boats and other amphibious infantry from coming ashore.

“You couldn’t pull them out, so we had to blow them out with explosions,” Bryant said. “That’s what we were there for. We couldn’t have an invasion until we got it clear.”

He was there for a full two hours before the first wave of soldiers arrived.

Of the 140 men Bryant was with, 87 of them were killed during that time.

“You didn’t have time to think,” Bryant said. “You had a job to do. You didn’t even know who you were.”
Bryant and his team were successful, and over the course of the next week, the Allied forces were able to secure the beach.

These days, he spends his time at the Bainbridge Truck Stop, sipping sweet tea and chatting with friends. Sometimes he doesn’t like to talk about his part in D-Day, but this time of year he remembers proudly.

However, all the credit for winning World War II, Bryant believes, goes to the women. 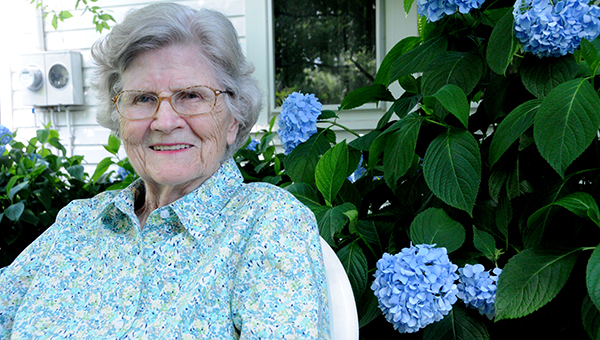 Lee was a nurse during World War II. She was stationed in England during the first wave of the invasion of Normandy. Ten days later, she was sent to Omaha Beach to provide medical aid to wounded soldiers. — Powell Cobb

She was born in Climax on a farm during the Great Depression, and she knew from studying geography she wanted to travel.
Becoming a nurse in the military was the perfect venue.

Lee was in Evesham, a small town in England, during those early days of June. She remembers exactly what she was doing the night before D-Day.

“I went out and bought me some fish and chips, served in a cone-shaped newspaper,” Lee said. “That’s when we saw the planes going over us. I remember looking up and wondering what all those planes were doing. They were carrying paratroopers.”

The amphibious attacks on Omaha Beach were preceded by numerous air attacks from the planes Lee watched fly over her head.
Ten days later, Lee and other nurses like her were called for aid.

She was part of a surgical group, a field hospital unit that was the closest medics to the front lines. She remembers seeing young men seriously wounded and dying in front of her.

“It’s funny,” she said. “When I look back, it’s like I must have been walking in a dream. You can’t see that many people die and be that injured without it changing you.”

When she returned from the war, she was a changed woman, but for the better. Before, she was intent on staying still, but now she was determined to see more of the world. She traveled everythwere, from Hong Kong all the way to Venezuela where she met her eventual husband.

“If I thought the door was halfway open, I just pushed it,” Lee said about seizing opportunities. “Sitting down fishing doesn’t change your fate. The lord provides the fishing, but you must provide the bait.”