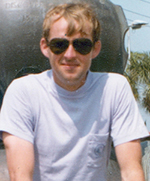 Kenneth Everett Hines, 63, of Bainbridge, passed away Wednesday, May 7, 2014 at Clinch Healthcare.
The funeral service was held at 11 a.m. on Friday, May 9, 2014 at Ivey Funeral Home Chapel with Rev. Paul Medley officiating. Interment was at Oak City Cemetery.
In lieu of flowers, donations may be made to a charity of your choice.
Mr. Hines was born May 17, 1950 in Bainbridge, the son of Everett Claude Hines and Martha Knehans Hines. He was a graduate of Spartanburg S.C. High School, Class of 1968, and was a veteran of the United States Army. Mr. Hines was a civil engineer and was involved in the construction of the original Alaska Pipeline as well as other pipelines around the world. He was a member of First Baptist Church.
Survivors include his brothers, James O. Hines and his wife, Hilda, of Bainbridge, and Ronald W. Hines and his wife, Kathleen, of Aiken, S.C.; and his sister, Linda H. Langford and her husband, Perry, of Lakeland, Fla.
He was preceded in death by his sister, Sharilyn H. Pudina.
Ivey Funeral Home was in charge of arrangements.