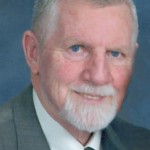 Robert L. “Bob” Lane, 71, of Bainbridge, passed away Saturday, April 26, at his residence.
Dr. Lane was born Dec. 11, 1942 in Crisp County, Georgia, the son of Robert Lee Lane Sr. and Essie Booth Lane. He was a charter faculty member of Bainbridge College.
Bainbridge College President Emeritus Ed Mobley had worked with Lane in Dalton and when Mobley began putting together a faculty for the new college in Bainbridge, he remembered Lane and hired him to teach biology
Mobley recalls that Lane, who had a PhD in Biology from the University of Georgia,  wanted to come back down home to Southwest Georgia. He describes Lane as a different kind of biologist, with the nature of a botanist. He loved trees, plants and animals. He designed the nature trail at the college and placed identifying markers at all the plants. He always took a great interest in Keep America Beautiful.
Mobley also remembers Lane as a master fisherman, but thinks one thing people will always remember about him was his involvement with the Bainbridge Little Theatre, and especially his comical performance as Seabee Luther Billis in the BLT production of South Pacific. In the show Billis has a large ship and waves of water tattooed on his belly and performs a hula dance that makes the ship roll on the ocean.
Mobley said Lane was very popular with the students and helped with the College Bowl team.
Ray Chambers, another of the charter professors at BC recalls that Lane “had a pretty quick wit.” He also took note of his dedication to the environment, especially the designing of the nature trail on the college campus. “This was a plus for the whole community,” said Chambers, explaining that some marriages had been performed there.
Bainbridge Attorney Paul Fryer remembers Bob as a good, long-time friend, a gentleman and an outstanding member of the community. Fryer admired Lane for his expert knowledge of the natural habitat of this area.
One of the remaining charter professors at BC, James Young, shared Bob’s passion for fishing. “His greatest enjoyment was to catch fish, clean and then cook them for the Senior Citizens. He and I did this for several years.” He also recalls that Lane was responsible for organizing the faculty-student athletic games annually.
Keep Decatur County Beautiful Director, Suzanne Brandt has shared fond memories of working with “Dr. Bob.”
“A walk in the woods with Bob was an experience so rich in the love he expressed for the natural world. At a glimpse he could name species of trees and plants, both biological and common names. He knew what made them flourish and what caused them damage. He knew of folklore and healing properties attached to them. Born a teacher, he taught, whether in the classroom or out.
“Many years saw Bob in a canoe cleaning Coyle Park during Rivers Alive. Even when he was sick, he was there cleaning usually after others went home. One of Bob’s project with us that is not yet complete, is to locate all trees native to our area at the closed Hwy. 309 landfill. Through the years he kept his eye on certain trees to harvest and take when the time was right. Several have made it.
“I was always amazed that someone with such incredible knowledge could be so down to earth. His kindness was not an indication of weakness. When he wanted something to happen, he would stealthily move mountains in his quiet way until the result he could envision was achieved.”
Bob Lane was a member of the Lunker Bass Club, and the Bainbridge Kiwanis Club. He was also the founding member of the Bainbridge-Decatur County KAB, past-president of the Bainbridge Tea Party and worked for many years as Santa’s helper. He attended First United Methodist Church and enjoyed his grandchildren, cats and birds.
He is survived by his wife of 25 years, Shelia Knight Lane of Bainbridge; his children, Terri Lane Weimorts and husband, Craig of Watkinsville, Shawn Knight and his wife, Mary Ellen of Goldsboro, North Carolina and Shanna Farkas and her husband, Kirk of Savannah; his grandchildren, Abby Lane Weimorts of Watkinsville, Shawn Christian Knight of Goldsboro, Jackson Matthew Farkas of Savannah and Maddox Evan Farkas of Savannah.
The funeral service will be held at 10 a.m. on Thursday, May 1, at
First United Methodist Church with Rev. Randy Mosley officiating. Private interment will be at Roselawn Memory Gardens with Evan Shockley, Bryan
Shockley, Dustin Shockley, Cameron Shockley, Bill Harrell and Kirk Farkas serving as active pallbearers. Honorary pallbearers will be the Hardee’s Coffee Club.
The family will receive friends immediately following the service. Memorial donations may be made to the Friendship House of Jesus, P.O. Box 513, Bainbridge, Georgia 39818.
Arrangements were made through Ivey Funeral Home.