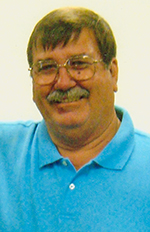 Mr. Godwin was born Jan. 27, 1946 in Climax, to Charlie Clowers Godwin and Essie Mae Ritter Godwin. He was a graduate of Climax High School, Class of 1965, and was a veteran of the United States Army where he served as military police. Mr. Godwin retired as a lineman/trouble man after 43 years from Georgia Power Co. He was a member of Grace Church, the Bainbridge Jaycees, the Deep South Riders, and Bainbridge Bikefest. He was also past president of Bainbridge Bass Club, past president of the Bainbridge Barracudas Swim Team, for which he also drove the bus for swim meets.

Clowers never met a stranger and was never afraid to tell his family and friends he loved them.