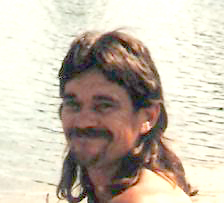 Mr. Reliford Dale Smith, age 51, passed away on Friday, April 4, 2014 at his home in Brinson. The family will honor Dale with a memorial service to be held at Spring Creek at a date to be announced.

Reliford Dale Smith was born June 19, 1962 in Bainbridge to Ray Smith and Juanita Shepard Smith. He was married to Deborah Ann Staton Smith.

Country music and wrestling were great entertainment to Dale. He was also an avid fisherman, loving everything you can do in and around Spring Creek. His grandchildren were his heart. He loved to watch them play.

He was preceded in death by his son, Chris Chastain.

Cox Funeral Home was in charge of arrangements.