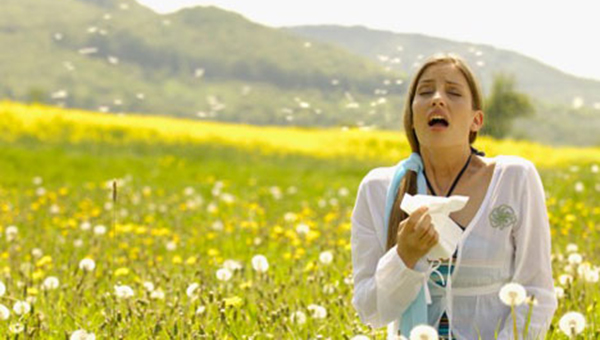 Just swipe a finger along the hood of a car that has been parked outside in Bainbridge for more than 20 minutes and you will find that the annual fall of Southern snow — also known as pollen — has arrived.
A yellow film sits on surfaces throughout the region, but experts are saying this year is no worse than years past. Doctors in town, on the other hand, say they have seen more patients coming in for allergy symptoms than in years prior. Local veterinarians are also saying they have seen their fair share of animals suffering from the pollen as well.
Weather.com is forecasting pollen counts in Bainbridge to escalate to level 5 this weekend — the highest rating. Levels range from one being “no report” to five being “very high.”
Bainbridge is currently experiencing a dust of tree pollens, some grass pollens and weed pollens will begin later in the month.
Doctor Winston Price, chairman of the pediatrics department of Memorial Hospital said this time of year allergy sufferers usually see the pollen coming, but everyone should be prepared.
“The main problem this time of year is the grass pollens that are coming out,” Price said. “Most people with seasonal allergies are ready, but there are some people who are not aware of the symptoms like red eyes, itchy eyes, nasal stuffiness, waking up with a raspy voice, and of course asthmatics have a tough time with wheezing.”
He said it is important for those experiencing symptoms to update their medications or get prescribed for the first time. Even those that do not have reactions are experiencing the pollen.
Price said all of the dust seen settling on cars and windshields, is also settling in nasal passages — causing severe symptoms.
But there are also symptoms people may not attribute to pollen like depression, loss of appetite and headaches, Price said.
“Some people will get fatigue related to constant congestion that has been keeping them up at night,” Price said. “Children and adults may suffer from headaches as a result of the inflammation that occurs in the nasal passages because of all the pollen they are breathing in.”
Price said children can sometimes have a change in appetite.
According head veterinarian of Port City Animal Hospital, Dr. Cliff Bailey, animals can experience many of the same problems as humans.
“We have definitely seen an increase of animals come in as a result of the pollen over the last few weeks,” Bailey said. “We actually use many of the same treatments that humans use like antihistamines.”
Bailey said pet owners can do several things to reduce their animals’ contact with pollen such as constantly cleaning their food and water bowls if they are outdoors, changing their air filters and making sure their living environment is as pollen-free as possible.
As for what mistakes pet owners make — Bailey said he sees one mistake happen over and over again when it comes to animals and their itching.
“The animal pollen issues often manifest as skin issues — animals will itch as a result of the pollen while humans really have trouble with their respiratory track” Bailey said. “So one of the biggest mistakes I see people make is people try to bathe their itchy pet a lot and you dry their skin — making them itch even more.”
Bailey said the best thing you can do for your pet is to give them flea medication regularly because most dogs and cats suffer from flea allergies more than any other allergic trigger.