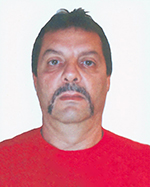 Mr. Bobby Dollar, 57, of Thomasville, formerly of Bainbridge, passed away Sunday, March 23, 2014 at his residence.
The graveside funeral service was held at 1 p.m. on Tuesday, March 25, 2014 at Roselawn Memory Gardens with Rev. Bill McCamon officiating.
The family received friends immediately following the service.
Mr. Dollar was born Sept.19, 1956 in Bainbridge. He was a graduate of Bainbridge High School, Class of 1975 and was a carpenter. Mr. Dollar was a member of Newark Baptist Church.
He was preceded in death by his father, Tom Dollar and his sister, Elaine Dollar Miller.
Survivors include his wife of five years, Mei Li Dollar of Thomasville; his children, Robbie Dollar and his wife, Katherine, of Hampton, Ga. and Allison D. Middlebrooks and her husband, Chris, of Covington, Ga.; his brother, Al Dollar and his wife, Sandy, of Dothan, Ala.; his mother, Dorothy White Dollar of Bainbridge; and his grandchildren, Troy Dollar, Tanner Middlebrooks, and Ava Middlebrooks.
Ivey Funeral Home was in charge of arrangements.