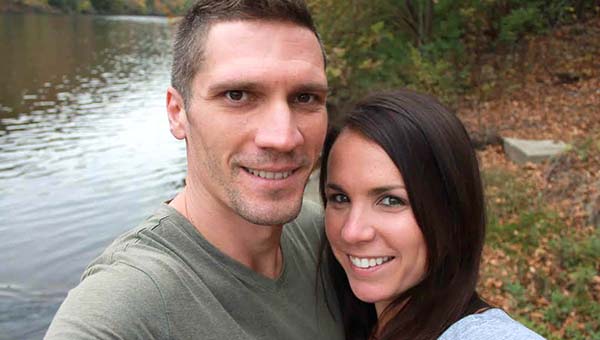 Malori Williamson of Bainbridge will wed Jeremy Bunk in March. The two shown right, will wed in Punta Gorda, Fla, and the couple will make their home in Port Charlotte, Fla.

Tommy and Sonya Williamson of Bainbridge announce the engagement of their daughter Malori Williamson to Jeremy Bunk, son of Joseph and Katheryn Bunk of Northampton, Pa.
The bride-to-be is the granddaughter of Talmadge and Nettie Glover of Camilla, and of the late Jack P. King Sr. She is also the granddaughter of Fred Williamson and Mary Hilda Williamson, both deceased.
Miss Williamson graduated from Bainbridge High School in 2003, earned a Bachelor’s degree in 2007 from Georgia Southern, and a Master’s degree in 2009 from Valdosta State University, majoring in school counseling. She is employed at the Punta Gorda Middle School.
The groom-to-be is the grandson of Mabel Bunk and the late Harold Bunk of Nazareth, Pa. and of the late Lloyd and Audrey Wambald.
Mr. Bunk graduated from Charlotte High School in 1993, earned a Bachelor’s of Science from Florida State University in 1998 and will receive his Master’s in Education Leadership in May 2014 from American College of Education. He is employed at Punta Gorda Middle School.
The wedding is planned for March 22 at 5 p.m. at Hall’s Bermont Ranch, Punta Gorda, Fla., where the reception will follow. Invitations have been sent.
The couple will make their home in Port Charlotte, Fla.